Nativeplanet
»
Travel guide
»Ever Been To Dog Temple? If Not, Then Visit Channapatna In Karnataka

Ever Been To Dog Temple? If Not, Then Visit Channapatna In Karnataka 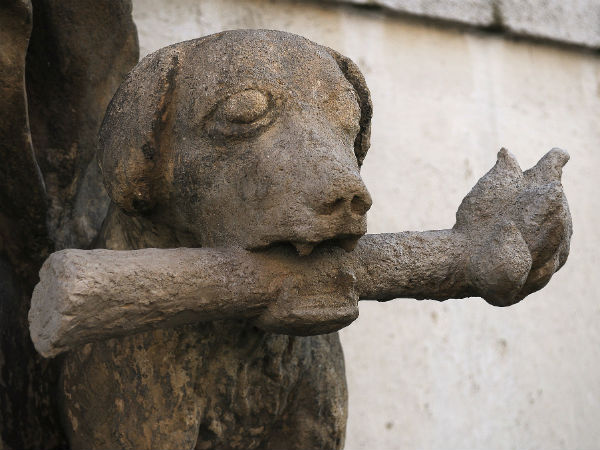 India is a land of bizarre temples and this fact cannot be debunked. From temples dedicated to mythological villains to temples dedicated to objects, you can find hundreds of such unusual religious places in each and every state of India. Have you ever heard of any temple which is dedicated to a dog? Or any place where a dog is considered as a deity? Certainly not, unless you have come across Dog Temple in Channapatna in the state of Karnataka.

Yes, a temple where a dog is worshipped! We know it is not an easy fact to digest but this is absolutely true. Let us take you to the town of Channapatna and tell you more about its Dog Temple. Curious to know more? Well, scroll down and learn everything about it.

The History And Location Of Dog Temple

Located at Channapatna in the Ramanagara district of Karnataka, Dog Temple has become a popular destination amongst locals and offbeat travellers over a period of time. As of now, the temple is visited hundreds of tourists every year.

The temple was built in the year 2010 by a businessman named Ramesh, who is also known for building Kempamma Temple, dedicated to Goddess Kempamma, the main deity of the village. As per local legends, the temple is said to have been established after villagers were instructed by Goddess Kempamma to find two dogs, who had disappeared from the village long back, so that her temple could be protected from the evil.

As villagers couldn't find the dogs, they built a temple and put statues of two dog inside it. Today, these idols of dogs are worshipped by villagers. As per another legend, Dog Temple was built to celebrate the loyalty dogs possess for humans.

Why You Should Visit Dog Temple

Apart from visiting this unusual temple dedicated to dogs, there is a lot more to do within the boundaries of Channapatna. Did you know that Channapatna is also known as the town of toys?

Yes, it is immensely popular for producing lacquerware and wooden toys. How about getting yourself to these colourful markets of toys and purchasing one? You can also visit other nearby attractions, which include Kanva Lake and Anjaneya Temple.

Even though the Dog Temple is a year-round destination and is visited by people from all over the state throughout the year, it is mostly frequented in between the months of September and March. During this period, the temperature conditions in the region are favourable, which in turn, help its visitors roam around and explore things comfortably.

How To Reach Dog Temple In Channapatna

By Rail: Channapatna is well connected to Bangalore via rail, and hence you can get a direct train from Bangalore railway station to Channapatna Junction. It will take you an approximate time of 1 h to reach your destination.

By Road: Channapatna has a good road connectivity and is easily accessible by road.