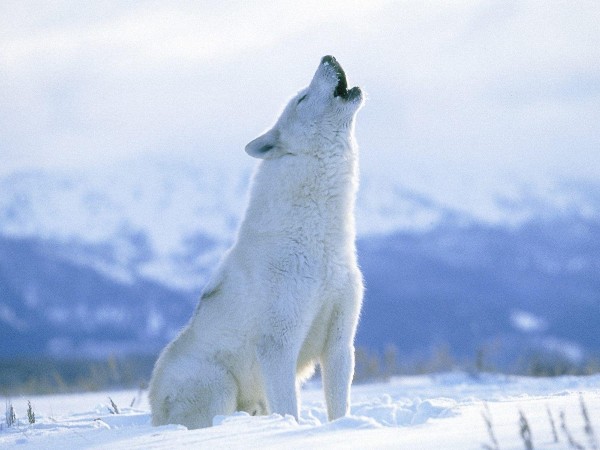 Aloof from the commotion of the world, Ellesmere Island is so remote and in such a harsh setting that it seems purified by the rigours of its climate. Even the air is so pure that the whole landscape - the vast icefields, bare mountains and mighty glaciers - stands out in crisp detail, giving the disconcerting impression of both distance and closeness at the same time.

In summer the sun circles permanently over the horizon and cast bewildering shadows. But for nearly five months from about early November to the end of March, there is no sunlight at all.

Ellesmere is about twice the size of Iceland. Its northernmost point, Cape Columbia, is just 470 miles (746km) short of the North Pole. Where the surf melts the snow on south-facing slopes, the mountains stand a sober grey-black against the dazzling white around them. Some are rounded in shape, smoothed by ice over thousands of years. Their shape disguises their height. Mount Barbeauin the Grant Land Mountain in the north rises to some 8540ft (2600m), making it the highest peak in eastern North America.

The coastline is ragged with fjords, ground out by glaciers. Some, such as Archer Fjord, have deep ravines with cliffs plunging 2300ft (700m) to the sea. For much of the year, the sea around the island is thick with ice, bringing a permanent chill to the air. In winter temperatures can plummet to about -45°C (-49°F). Even in summer - from late June to Late August - the temperature is often below 7°C (45°F), but on cloudless days it can reach 21°C (70°F). Despite its iciness, the island is not, as you might expect, deep in snow. It is a desert - its precipitation (snow, rain and condensation) amounts to only 2 1/2 in (60mm) a year because there is not enough warmth to bring about much surface evaporation.

Small wonder that, despite its size, Ellesmere Island is thinly populated. There is only one settlement, at Grise fjord in the south. This is Canada's most northerly community, inhabited by 100 or so Inuits. It was founded in 1953, mainly to underpin Canada's claim to the island. But Grise Fjord was not the first settlement on lonely Ellesmere Island.

Settlers came here 4000 years ago the hardy descendants of the first Americans who crossed into Alaska from Siberia. Ancient remains, such as a campsite encircled by boulders, can still be seen - the landscape is little touches by time. Waves of new settlers known as the Thule people, ancestors of the Inuit, began coming around 1250. But years of harsh winters took their toll, and until 1953 no Inuit had lived on the island for 200 years.

Ellesmere has no trees - the nearest is about 1250 miles (2000km) south in mainland Canada. In summer, most areas are free of snow, and wildflowers such as arctic poppies flourish in sheltered spots - besides creeks, for example. The lake Hazen area is the largest of these green oases in the vast wilderness. In summer its borders burst into life with greenery such as sedges, prostrated willows, heathers and saxifrages.

Thousand of snow-white arctic hares and herds of musk oxen graze in the summer meadows along with herds of Peary caribou. These island caribou are smaller and whiter than mainland caribou, and cannot migrate south for winter. Like the musk oxen and arctic hares, they survive as best they can by digging up and feeding on the lichens and any greenery they can find under the snow.

In winter or summer, they are preyed on by arctic foxes and wolves. Many of the birds seen on the island in summer, such as the snowy owl, fly south to warmer climates in winter. Arctic terns fly halfway across the world to the Antarctic to spend the summer there. Snow buntings and rock ptarmigans survive on the island on winter vegetation as best they can.