8 Places To Visit And Things To Do In Jabalpur 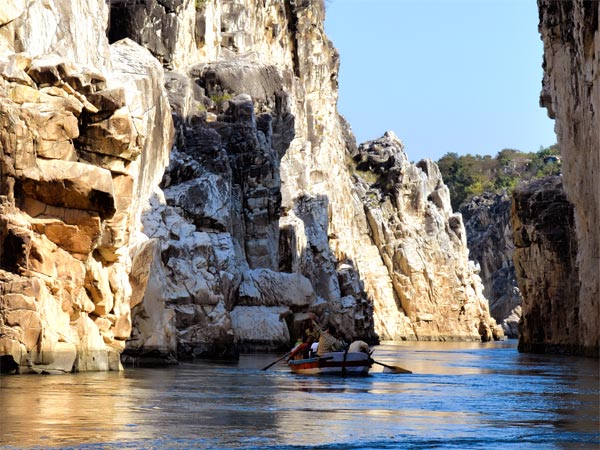 Jabalpur, located on the banks of river Narmada, is one of the most prominent and famous cities in Madhya Pradesh. The name of the city is derived from the name of the sage Jabali. A mention of the sage has appeared in Ramayana.

It is believed that a small cave on the banks of river Narmada was the home to sage Jabali. Under the British rule, it has been called Jabalipuram, Jubbulgarh and Jubbulpore. Jabalpur was first ruled by the Mauryas followed by Satavahans, Guptas, Gondwanas and Marathas; before it fell into the hands of the British rule.

Jabalpur is a scuttling city with a lot of industries. The city is expanding fast and has many options for sightseeing. It has been selected to be developed into a smart city under Smart Cities Mission.

Jabalpur has a climate that is atypical to the central North India. Summer starts from March and lasts until June. The onset of winters is from late November to early March. The economy is mostly agrarian, with a few ordnance manufacturing factories.

Jabalpur is well connected by air, rail and road to many prominent cities. Dumna Airport is located about 20 km from the city. NH 7, which is India's longest highway, runs through this city.

Listed below are some of the specially curated things to do and places to visit in Jabalpur.

The Narmada is one of the most revered of the 5 holy rivers in this country. Narmada Pushkaram is a 12-day festival that occurs once in 12 years. Omkareshwar Temple, which is located on the banks of Narmada river is one of the popular places to take a dip. It is believed that a dip in this river will wash away one's sins.

It is believed that once Lord Shiva meditated so hard that he was sweating a lot and his perspiration started overflowing in the form of a river. This river came to be known as Narmada. Narmada is considered the daughter of Lord Shiva.

2. Boat Ride Through The Marble Rock At Bhedaghat

A trip to Jabalpur is not complete without a boat ride on Narmada through the marble rocks at Bhedaghat. The Narmada passes through marble rocks which renders a chance to enjoy boating amidst beautiful and natural rock formations. These rocks are believed to be very old rocks that belong to the prehistoric times.

The whole of Narmada Valley is said to be rich in fossils. Scientists have reportedly found eggshells of dinosaurs in this area. Boating is available throughout the year, except during monsoons from July to September.

River Narmada roars into life at Dhuandhar Falls. Water cascades down a naturally formed pit and the reverberating sound of the gushing water is simply breathtaking.

The ropeway ride starts from one point and transfers you to the other side of the river. It gives you the best opportunity to capture the thundering waterfall from the front. The view from the ropeway car transports you to another world and makes you feel like you are in the lap of nature.

4. Visit The Gurudwara At Gwarighat

Gwarighat is a well-known ghat in Jabalpur. It is an important place in Sikhism as it is believed that Guru Nanak, the founder of Sikhism, stopped here for sermons when he was returning to Punjab. This Gurudwara was taken care of by Sant Tulsa Singh.

A Gurudwara is built on the banks of this ghat to commemorate his visit. The Gurudwara complex has a room for travellers and pilgrims to stay and dine called Guru Ka Langar.

Balancing rock formations in Jabalpur are natural rock formations which are basically an off shoot of erosion of the volcanic rocks. These rocks are a geological wonder. They are resolute and nothing can disturb their balance.

Balancing rocks are often used as a metaphor for unwavering mind among the people of Jabalpur. These rocks have survived every natural disaster. They stand majestic even after being a victim of earthquakes of 6.5 magnitude on the Richter scale.

One of the oldest heritage sites in India, this temple is dedicated to Goddess Durga, along with her 64 Yoginis. It is situated close to the marble rocks in Bhedaghat, on the banks of river Narmada.

The temple is partially in ruins but speaks volumes about the empires that ruled Jabalpur. The temple complex is atop a hill, which can be reached by climbing 150 steps. It has 64 shrines built circularly, for each Yogini and a main shrine, where Lord Shiva and Goddess Parvati are seated.

Kachnar city is a posh and newly developing locality in Jabalpur city. The builders have raised a 76 ft high statue of Lord Shiva, which is the latest attraction here. The statue, which is under the open sky, has a cavern with models of Shivalingams from all over the country.

Built in 2006, the temple has idols of Lord Ganesha and Saptarishi. A statue of the vehicle of Lord Shiva, Nandi Maharaj, is also a charming attraction.

This gorgeous Madan Mahal Fort was constructed by the Gond ruler Madan Singh in the 11th century. It was meant to be a military post with a watchtower. A visit to this fort acquaints us with the structure and architecture followed during those times.

The rooms, a stable, secret passages, reservoirs and war rooms exhibit fascinating sculptures and architecture. It is situated at a height of 500 m on a hill called Madan Mahal hill. Madan Mahal is open all through the year.

Comments
Read more about: jabalpur madhya pradesh travel temple waterfalls forts adventure
Other articles published on Sep 1, 2017
We use cookies to ensure that we give you the best experience on our website. This includes cookies from third party social media websites and ad networks. Such third party cookies may track your use on Nativeplanet sites for better rendering. Our partners use cookies to ensure we show you advertising that is relevant to you. If you continue without changing your settings, we'll assume that you are happy to receive all cookies on Nativeplanet website. However, you can change your cookie settings at any time. Learn more
Change Settings Continue