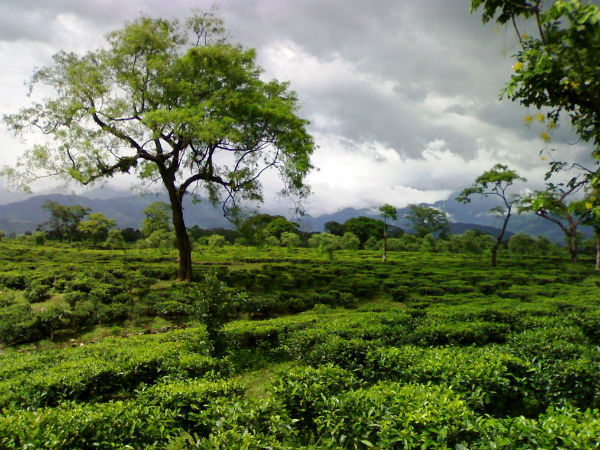 With the river Teesta flowing in the east and the river Sankoshi in the west, lies the land of Dooars. It is well known for its tea gardens, lush forests as well as for its adventure activities. It is also home to wildlife sanctuaries which have varieties of deer, the one-horned rhinos and elephants amongst many others.

Graceful Gangtok : Check The Important Places You Must Visit In Gangtok

The place can be of major attraction for an ornithologist due to its large population of birds. Dooars in translation means door; the name is apt for the place as it is the gateway to Bhutan from India. Dooars is also a local name for the floodplains which stretch from the North East, all the way to Bhutan.

Dooars is a place which has a pleasant weather throughout the year, which makes it a place which can be visited any time during the year. Some people make it a point to visit this place during the local festival season in the months from November to December, when the energy level of this place reaches its height.

However, the months starting from March to June can be considered by many as the best time to visit Dooars as during the summer months the greenery comes with hues of golden brown.

The place has several towns and districts, which include the famous town of Darjeeling and Siliguri amongst others. It is geographically blessed with the mighty eastern Himalayas which makes a perfect background along with the thick forests which are rich with various species of flora and fauna. Not to forget the tea gardens and water bodies here.

Dooars belonged to the Kingdom of Kamata which was under the Koch dynasty. Bhutan took advantage of the weakness of this kingdom and brought it under its possession. The region was under the hands of the Bhutan Kingdom until the British annexed it after the Bhutan War in 1865.

Dooars was brought under the control of the Union of India after the British left in the year 1947; shortly after independence the place was merged into India in 1949.

The sanctuary is well known for its elephants, gaur, spotted cheetahs and sambar. The sanctuary is rich in biodiversity which also makes it one of the few places where the pangolin reproduces successfully.

Apart from animals, one can find large varieties of birds moving around which include the white-throated kingfisher, hill myna, etc.

The tiger reserve was set up in the year 1879, which makes it one of the first reserve forests in the country, with its soul purpose to protect the Bengal Tiger. The core area of the reserve is spread across an area of 390 sq km. Head to the reserve to spot the Royal Bengal Tiger moving around in its natural habitat.

One cannot miss visiting the Gorumara National Park when in Dooars. It is located on the banks of the river Murti and is home to the renowned one-horned rhino, elephants, Indian bison, peacocks and deer amongst many others. Visitors are welcomed into the forest for the jungle safari offered by the park authorities amidst the forest of teak and sal trees.

Lava is a forest village which houses a Buddhist monastery known as the Lava Monastery. The forest village is also home to a large variety of birds, which makes it a must-visit place for those interested in bird watching.

This town is the gateway to Bhutan from India, which offers some brilliant scenic views of the land. Stop at the Kharbandi Gompa which is a monastery built by the Queen mother of Bhutan.

Comments
Read more about: travel india west bengal nature wildlife
Other articles published on Apr 13, 2017
We use cookies to ensure that we give you the best experience on our website. This includes cookies from third party social media websites and ad networks. Such third party cookies may track your use on Nativeplanet sites for better rendering. Our partners use cookies to ensure we show you advertising that is relevant to you. If you continue without changing your settings, we'll assume that you are happy to receive all cookies on Nativeplanet website. However, you can change your cookie settings at any time. Learn more
Change Settings Continue