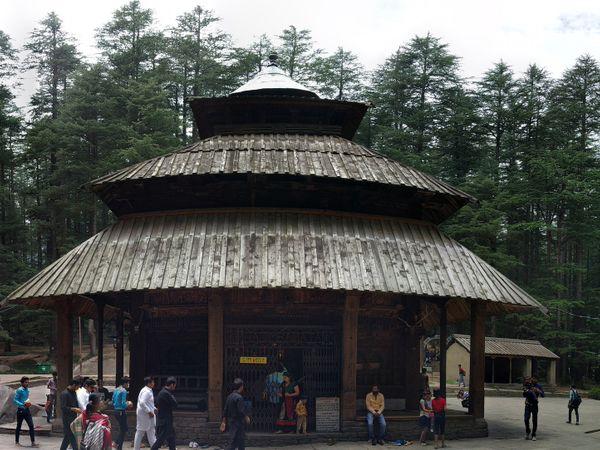 Festivals have been a very integral part of human civilisation and celebrating them has been a tradition we have been following for ages. This tradition is also an excuse to interact with other people of the society and share love and joy. With so many people from so many different lineages living in the same country, it is not a surprise that each group of people has its own festivals and celebrations. Adding on to that, each group, belonging to various religious backgrounds, castes or ethnicities, has its own customs, traditions and practises to celebrate its functions.

One such festival celebrated in one of the most beautiful places, Manali, is Dhungi Mela. It is a three-day festival in which people from all the nearby villages come together to celebrate Dhungri Mela.

A Little About Dhungri Mela

Dhungri Mela is held every year on account of Hidimba Devi's birthday. This fair is held from 14th to 16th of May at Manali in Himachal Pradesh. So, if you are planning to visit Himachal Pradesh during the month of May, then don't miss out this exuberant celebration.

Hidimba Devi Temple is considered to be a very important temple in the area and all other gods and goddesses are expected to be present in the temple on the occasion of her birthday. Therefore, idols of gods and goddesses from all nearby villages are carried in procession for this fair.

Hidimba Devi, the wife of Bhima, the third Pandava brother, was a very powerful demon and mother of Ghatotkacha, a very important character in the epic Mahabharata. She was ordered by her brother to lure Bhima so that the demons could feast on him. However, she fell in love with Bhima and informed him of her brother's intentions after which Bhima killed her brother. In this way, Hidimba saved the lives of the Pandavas and became Bhima's wife.

It is believed that Bhima and his wife lived in the hills of Dhungri. Today, Hidimba Temple stands in a forest called Dhungri Van Vihar in Dhungri hills, where she lived. Her birthday was celebrated with great love and enthusiasm as she conquered the hearts of all the residents living on the hill. After her death, the celebration has turned into an annual fair celebrated with great joy.

Why You Should Attend Dhungri Mela

Dhungri Mela is not a fair of one single village. It is a very important festival in which people from many nearby villages come together to celebrate Hidimba Devi's birthday. The residents celebrate this festival by worshipping Hidimba Devi, singing and dancing. The most common form of dance performed during this fair is Kullu Nati folk dance.

Dhungri Mela is a great opportunity to learn different cultures and see how the people of Manali celebrate their festivals and rituals. It is a great time to admire the rich Indian culture and traditions. So, why stay away from gaining such an everlasting experience?

By Air: The nearest major airport is the Kullu-Manali Airport. Once you have reached the airport, you can hire a cab to Hidimba Devi Temple.

By Train: Joginder Nagar railway station is the nearest railhead, which is located at a distance of around 170 km from the temple.

By Road: One of the best ways to reach Manali is by road, as the place is filled with greenery which would be fun to watch as you drive. It has a very well-connected road network to most places like Leh, Shimla, Kullu, Dharamshala and New Delhi.

The total driving distance from Delhi to Manali is approximately 559 km; hence, it would take you about 12 to 14 hours to reach the Manali from Delhi.