Destinations To Escape The Crowds This New Year 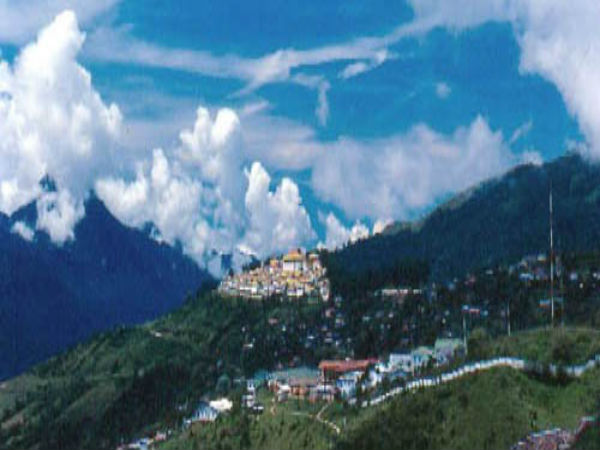 Starting a new year at a new place, surrounded by a wonderfully vibrant aura sounds amazing, doesn't it? Well, that's why most famous tourist destinations are crowded and it's impossible to make reservations now. Nothing to be disappointed about though, India has plenty of places which still remain away from the eyes of the crowds.

For those of you who are looking forward to having a calm holiday away from the crowds, here are 5 destinations where you can do just that. Pack your bags and head to these destinations alone or with your loved ones. Welcoming the new year at these destinations is going to be more than delightful!

Situated at a distance of 35 km away from Thiruvananthapuram is the tiny fishing hamlet of Poovar. The village is bordered by the Arabian Sea on one side and the Neyyar river on the other, due to which it is home to some of the most serene beaches that one would come across in the country. Poovar is an ideal location for those who would love to spend some alone time and pamper oneself to the fullest.

Speaking of beach holidays, most of us are unaware of the fact that our country has some of the best beaches in the world. While some of them tend to get crowded, there are a number of them which are away from the crowds.

One such place is Kavaratti in the ever-beautiful Lakshadweep. The beaches here are simple spectacular and water sports, such as snorkelling, scuba diving, are quite popular here; hence, these activities would help you ring in the new year with a bang.

For those folks who love to immerse themselves in the rich history and culture of the country, Hampi is the destination one has to head to, even though the place cannot be considered free from the crowds.

However, the number of visitors heading to Hampi would be very low considering the fact that most would prefer to welcome the new year at some exotic location and not amidst the ruins of the once glorious Vijayanagar Empire.

If you happen to be fed up with loud music and would love to replace it with the sound of nature, then head straight to the Silent Valley National Park in Kerala.

With a core area of approximately 240 km, which also makes it the second largest national park of the state, it is the abode to a wide range of flora and fauna along with a number of tribal settlements.

The region is also known as Sairandhrivanam, which in translation means the forest of Sairandhri, which is another name of Draupadi. The Pandava brothers along with Draupadi are believed to have halted in a cave in the depths of these forests.

One amongst those destinations which are on their way to fame is Tawang in the state of Arunachal Pradesh. Home to renowned Tawang Monastery, the place is wrapped in snow during the winters yet has a charm which continues to attract people from across the various parts of the country. Tawang surely would not disappoint its visitors who come seeking peace and solitude.

Comments
Read more about: travel india nature festivals hill stations beaches adventure trekking karnataka kerala sikkim new year
Other articles published on Dec 12, 2017
We use cookies to ensure that we give you the best experience on our website. This includes cookies from third party social media websites and ad networks. Such third party cookies may track your use on Nativeplanet sites for better rendering. Our partners use cookies to ensure we show you advertising that is relevant to you. If you continue without changing your settings, we'll assume that you are happy to receive all cookies on Nativeplanet website. However, you can change your cookie settings at any time. Learn more
Change Settings Continue