Nativeplanet
»
Travel guide
»Darjeeling Himalayan Railway: Most Fascinating Of All The Toy Train Routes In India

Darjeeling Himalayan Railway: Most Fascinating Of All The Toy Train Routes In India 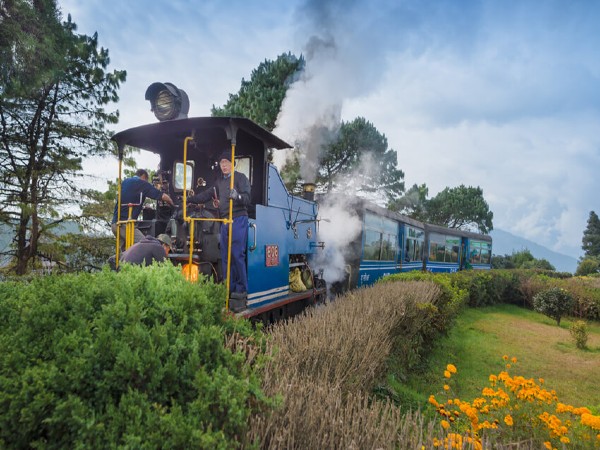 The Darjeeling Himalayan Railway is the most fascinating of all the 'toy train' routes in India. With a 610 mm (2 ft) gauge, it's the narrowest to be found on the subcontinent and it has the unique attraction for a mountain railway of having no tunnels - thus allowing passengers an uninterrupted view of the beautiful Himalayan landscape.

Starting from New Jalpaiguri, this wonderfully preserved steam train meanders its way along an 86 km (54 mi) route, making a dozen or so stops along the way before journeying through picturesque tea plantations, and finally reaching the charming hill station of Darjeeling. Aside from the marvellous views, the climb itself is something to behold. Starting at an altitude of 100 m (330 ft), the train reaches an elevation of 2,000 m (6,600 ft) by the time it arrives at its destination.

Several hair-rasing bends greet you along the way, as the train seems to cling to the hill face like a mountain goat. At the aptly named 'Agony Point, the tightest bend on the line, the train seems to change direction completely in the blink of an eye.

Whilst this journey can be taken in one go, there are several places along the route that are worth exploring. Most notable is the village of Tindharia, which houses a railway workshop, and Ghum, the highest station in India and home to a railway museum.
Having taken this amazing trip, it's easy to see why railway enthusiasts often list it in the world's top ten journeys.

This diminutive railway was declared a UNESCO World Heritage Site in 1999, and while many stations are little more than wooden shacks, the sheer effort that has gone into keeping the line open is evident in its well-maintained track, burnished engines and comfortably upholstered seats.

Avoid the monsoon season (June to September). Otherwise, the climate is good year-round.

The area around Darjeeling is subject to periods of unrest, which can cause the line to be closed. You should always check the situation before travelling and take advice from your embassy.