Nativeplanet
»
Travel guide
»Travel To Chausey Archipelago And Beyond

Travel To Chausey Archipelago And Beyond 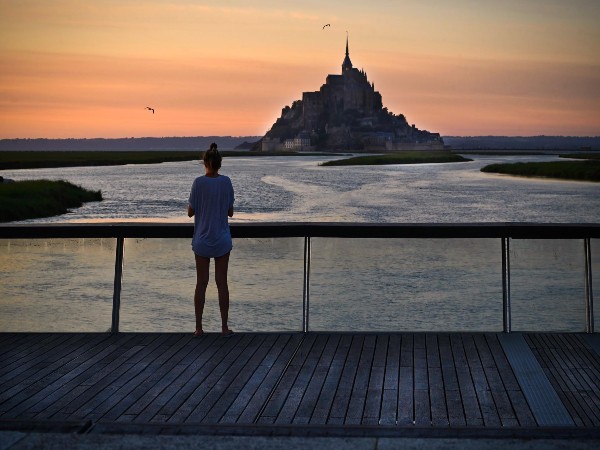 In the sea there lies a giant elephant, you can stroke him, he is very quiet not dangerous at all because he is made of stone - a local fable

Due to their French jurisdiction, the Chausey Islands, located in the English Channel south of Jersey are not generally included in the geographical definition of the Channel Islands, though geologically they join with them to form a larger archipelago. The islands are popular with french tourists but are almost ignored by the English - there is no ferry link between Chausey and other islands.

Myth and legend surround this island chain, which in spite of being Europe's largest archipelago, is little more than a cluster of grey granite lumps just above the surface of the sea. Subject to one of the highest tidal variations in the world (14 m. 46 ft), it is said that there are 365 islands at low tide and 52 when the tide is in. Fierce stretches. The stark beauty of the area has attracted the attention of marine artists from around the world.

Only one island, Grande Ile, supports any population. Cars and even bicycles are banned, so the pace of life is pedestrian in the best sense of the word. Even in summertime, the facilities on the island are limited, so the best way to enjoy the ever-changing landscape is with the aid of a good pair of walking boots and an ample packed lunch. A coastal path enriches the island and offers good beach access.

This is a fragile environment and there are restrictions on landing boats during the bird-nesting season (April to July). It is home to a few permanent residents, safe for a lighthouse keeper and a hamlet of fishermen and there is even talk of banning tourism altogether.

By ferry (summer only) from Saint-Malo or Granville.

June to September, although accessible by private boat all year round - weather permitting.

Granite from the Chausey islands was shipped to Paris, sculpted and then used in the building of the nearby Mont Saint Michel.