Nativeplanet
»
Travel guide
»Chakla Dham In West Bengal: A Visit To The Birthplace Of Baba Lokenath

Chakla Dham In West Bengal: A Visit To The Birthplace Of Baba Lokenath 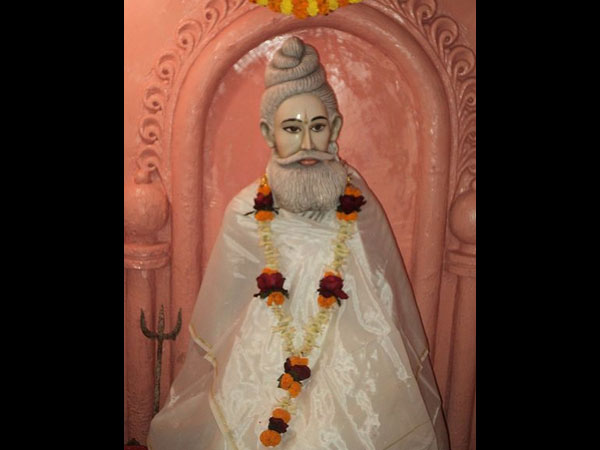 Chakla Dham, which is believed to be the birthplace of a popular Hindu yogi in the 18th century of Bengal called Baba Lokenath, is considered to be one of the most popularly visited religious places in West Bengal after Kalighat and Dakshineswar Kali Temple. The temple, which is located near Basirhat in North 24 Parganas district of West Bengal, attracts a lot devotees and followers throughout the year. People come from different parts of the country to offer puja and tie a dhaga near the temple to fulfil their wishes or to just show their devotion to Baba Lokenath.

However, apart from being a famous pilgrimage site, Chakla Dham is also a popular tourist spot. It is said that the economic condition of the villagers in Chakla has improved a lot because of the temple. The tourist attraction has helped many villagers to earn a proper living.

In the year 1730, Baba Lokenath was born in a conservative Hindu family in Chakla. His father, Shri Ramnarayan Ghosal, who was extremely religious, wanted to devote one of his sons to the path of god and eventually send Baba Lokenath to the spiritual world to be a sanyasi. Initially, his mother also agreed on the same but she later disagreed with her husband. Bengali Hindus worship Baba Lokenath and one can find his picture in almost every Bengali household.

Why Is Chakla Dham Famous

The temples follow the path shown by Baba Lokenath that says that one should serve people in need and deed. The dham dedicatedly helps the poor and challenged people from all casts and communities through all means. This place is also known to organise ancient lost religious activities such as Yagnas, Kirtana, Puja and several other practises. The temple also religiously offers pujas to the deity thrice a day without fail and this serves as one of the main attractions for the tourists.

Every year on Aug 10, Chakla Dham celebrates the auspicious birthday of Baba Lokenath and a huge number of devotees gather to catch a glimpse of the puja at the temple. According to Bengali calendar, Baba Lokenath left his material body on the 19th day of Jaishtho and got his eternal soul free from the earth at the age of 160. This is known as Ontordhan and the temple organises a special festival to mark the day. Apart from these, Chakla Dham also celebrates Nandotsav, Purnima, Poush Sankranti, Makar Sankranti, Saraswati Puja, Shivratri, Pohela Boishakh, Ashtami Puja during Durga Puja, Kali Puja and Lakshmi Puja.

The temple remains open from 8 am to 12 pm and again between 4 pm to 6 pm. However, you can also visit on any one of the festivals to catch a glimpse of the special arati at the temple.

How To Reach Chakla Dham

Chakla Dham is not very far from Kolkata and is well connected by roadways. People can also hire a cab and directly reach Chakla Dham in about 2 hours. If you are planning to travel by train, then you can board the train from Sealdah railway station to reach Chakla Dham.