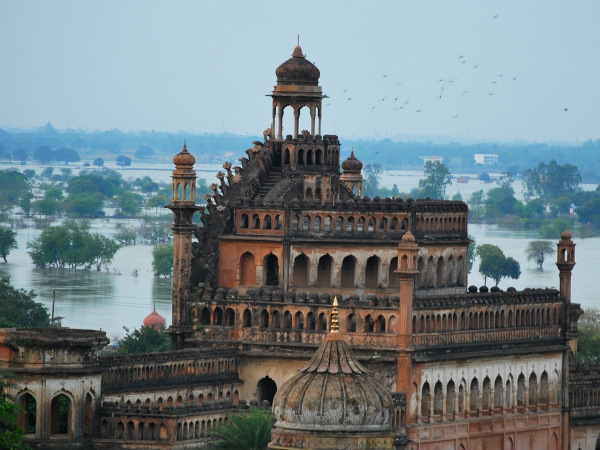 Adding to the abundance of culture, history, tradition and art & craft, Uttar Pradesh is a credential for making India a diverse country.

Uttar Pradesh owes much to the reign of various dynasties over a long period for its majestic monuments and rich history, which are incredibly famous amongst world travellers. This significant state is indeed a perfect representation of India, as it is an amalgamation of both urbanity and historical events. From the city of Agra to the world's oldest continuously inhabited city, Varanasi; here are the best budget-friendly winter places around Lucknow!

Mathura is an ancient land that is believed to be the birthplace of Lord Krishna! Located about 50 km away from Agra, Mathura is the most sacred Hindu pilgrimage destination in India. It is home to 20 Buddhist monasteries, five prominent temples and three stupas built by Ashoka. And since it boasts pleasant weather, you can visit Mathura, round the year. Moreover, it is during the festivities that the real elegance and charm of the city can be experienced to its fullest. And to relish the mesmerizing impacts of Uttar Pradesh, don't give a miss visiting this ancient land of wonder!

A visit to Baldeo is sure to make your travel worth the price. Amongst the tourist's attractions that you will come across on your visit to Baldeo, Kshir Sagar is the most significant one! Kshir Sagar is a brick-lined waterbody, where the temple of Baldeo was found in the 19th century. Also, Daujee ka Harunga is another draw in Baldeo that holds a lot of interest for the local folks, as many summon at the venue to play Holi, every year.

Home to one of the Seven Wonders of the World, Agra is a city laden with spell-bounding architectural wonders. Agra is famous for the marble structure 'Taj Mahal' hued in the boundless beauty that is glorious in its terms. Taj Mahal, located on a bank of the Yamuna River, has spurred lovers and poets throughout the world.

Allahabad, recently renamed Prayagraj, has shaped India's legacy as well as the culture in a way that can never be overlooked. And its history dates back to immemorial times! Thanks to its long-lasting legacy, almost the whole of Allahabad is laden with souvenirs and artefacts. Consequently adding a special touch to the dominant role that Allahabad's culture plays on India and its people. Arguably one of the most-liked city in the state, a visit to Allahabad is a must.

Aligarh, also known as Koil or Kol, is one of the significant cities near Lucknow and hence beckons millions of vacationists from India and the world as a whole. In addition, Aligarh is also one of the most important educational and commercial centres in India. Also, many freedom movements took place here in Aligarh. All in all, Aligarh hosts an umpteen number of tourist attractions! So, a visit to Aligarh will cover a lot of destinations like universities, forts, landmarks and other places of tourist interest.