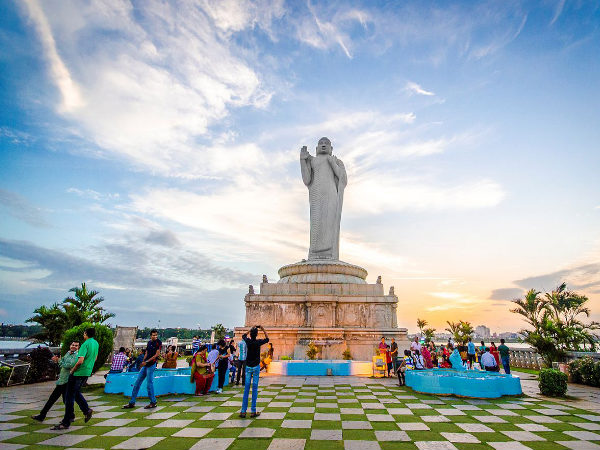 This charming place in India is regarded to be an exciting destination to visit, to treasure a bountiful load of beautiful places and attractions. For instance, the serene Pakhal Lake at Warangal and the most extensive dam in the southern plains of India- Nagarjuna Sagar Dam. Moreover, popular pilgrimage places, which happen to be found around Hyderabad.

Here are the best budget-friendly winter places to visit around Hyderabad.

Located on the river banks of the Melavagu stream, Vemulawada is one of the best winter places to visit around Hyderabad. You will see the ruins of temples and forts that represent the example of fine Chalukya architecture. It is most popular for hosting the temple of Rajarajeshwara Swamy, an embodiment of Lord Shiva, which is visited by tens of thousands of people every year.

When we talk about winter hotspot near Hyderabad, the Medak fort must be stated. It is located at a distance of 100 km from Hyderabad. And it is one of the most famous historical places in South India. Medak Fort is a giant architecture, with a blend of the Hindu and Islamic architectural styles, settled atop a hill and tourists and travellers need to climb 550 steps to reach atop. Though it is in ruins now, it still attracts tens of thousands of people every year. Moreover, from the top of the fort, you can get a good pictorial view of the regions around it.

What makes Warangal one of the best winter places to visit near Hyderabad, is its ancient sites and temples. It is the second most prominent city after Hyderabad, Warangal lures tourism in the state. Once the capital of the Kakatiya dynasty during the medieval times, this historical city is home to several historical sites. And according to the fables, it is also believed that the whole city of Warangal was carved out of a single rock.

Karimnagar has a plentiful of attractions that make it one of the most sought-after winter destinations near Hyderabad. With a rich history and culture, Karimnagar is the best place to pause for a moment to appreciate ruins mixed with nature by visiting a portion of the attractive landmarks like Elgandal Hill-Fort, Ramagiri Fort, Jagtial Fort. It fascinates guests with its other attractive spots. As far as wildlife is concerned, Karimnagar isn't a long way behind; Shivaram Wildlife Sanctuary is the best winter destinations to visit for wildlife enthusiasts and shutterbugs.

Also known as Vedagiri, Yadagirigutta is one of the most religious places to visit near Hyderabad. Yadagirigutta Temple is where adherents in huge numbers come to pay their reverence to God. Yadagirigutta is a cave temple that is positioned at an altitude of 300 feet on a hill rock and is devoted to the incarnation of Lord Vishnu. It is also believed that this is where Lord Vishnu treasured all his Vedas.

Mahabulnagar was reigned by several great kings of Bahmanis, Chalukyas, Golconda Nawabs and Vijayanagar. The imposing rivers of Tungabhadra and Krishna flow through Mahabubnagar, making it a famous winter destination near Hyderabad. There are many tourist attractions in Telangana like Jurala Dam, Alampur, Koilkonda Fort, Pillalamarri, Gadwal Fort, Kollapur, and others. All these hotspots can be traversed in a day or two.

Ananthagiri is one of the best budget-friendly winter places near Hyderabad. Located about 80 km away from Hyderabad, this natural haven has become one of the important getaways for people to escape the mundane city life. Anantagiri is notable for hosting Anantha Padmanabha Swamy Temple constructed by the Nizam Nawabs 350 years ago. And in its vicinity lies a lake encircled by lots of ruins and a temple of Lord Shiva. Also, there are trekking options for adventure and nature lovers.

What makes Basara a notable place is the Saraswati Temple, where people from across the country come to praise the Goddess of Knowledge. The temple is novel in its way as it is one of the most beloved Saraswati temples in India. Located by the banks of Godavari RIver, Basara is one of the most sought-after winter places to see near Hyderabad.

Ramagundam is one of the favoured winter tourist spots to visit for easygoing escapes particularly Hyderabad. Its quiet environs may compel you to stay here for a considerable length of time. You can visit nearby tourist spots like the Rama sanctuary, which is situated in the old port town. Also, another hotspot to visit is the Ramagundam Dam, which is presumably one of the best dams in South India.

Located amid Telangana and Maharashtra, Adilabad is one of the most famous winter destinations near Hyderabad. Adilabad offers striking waterfalls and scenic landscapes to treat your eyes. You can enjoy a visit to the beautiful forests, valleys and rivers in the district. It is indeed one of the best winter places near Hyderabad.