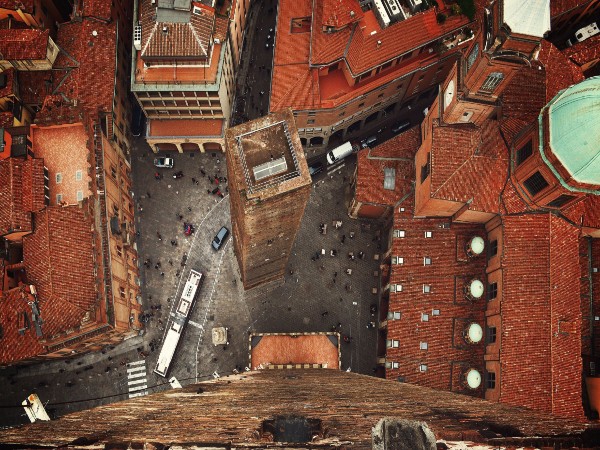 Despite taking substantial bomb damage in 1942, Bologna's historic epicentre, the second most extensive in Europe, possesses a wealth of significant Medieval, Baroque and Renaissance monuments which offer numerous draws for the visitor.

The capital city of the Emilia-Romagna region of northern Italy, Bologna is home to Europe's oldest University, which was established in 1068 when Bologna was an affluent, autonomous commune. The historic hub of the city is gorgeous and among its attractions is the Church of San Domenico, which displays some early statues by Michelangelo and a sanctum made by Nicola Pisano.

Bologna became an Etruscan along with the Via Emilia and later a Roman Settlement. The earliest Roman remains were replaced by medieval forts which can still be seen today, and then by the third set of fortifications built in the 12th century. The capital city is renowned for its medieval defensive edifices, some twenty of which are still elevated. There were initially over 200 watchtowers in Bologna, built by rich families partially to outdo each other and somewhat for defensive purposes.

The Two edifices that persist in the city centre, relying perilously on the Piazzi di Porta Ravegnana, are well-known landmarks today. The Garisenda tower is 48 m (157 ft) tall and leans 4 m (12 ft) from the vertical. It was initially largely taller in 1358 the top half was taken down as it was deemed hazardous. It is still shut to the public to this day. The edifice built by the Asinelli family in 1110 is an incredible 96 m (315 ft) lofty. Climb the 496 steps for a spectacular view of the red-tiled roofs of the city and the stunning country beyond.

Since archaic times Emilia-Romagna has been Italy''s most abundant dairy and wheat region, and it is renowned for its food and wine. Bologna is renowned for its culinary practice and some regard it as the food place of Italy. It has given its term to Bolognese sauce, a meat-based pasta sauce known locally simply as raga.