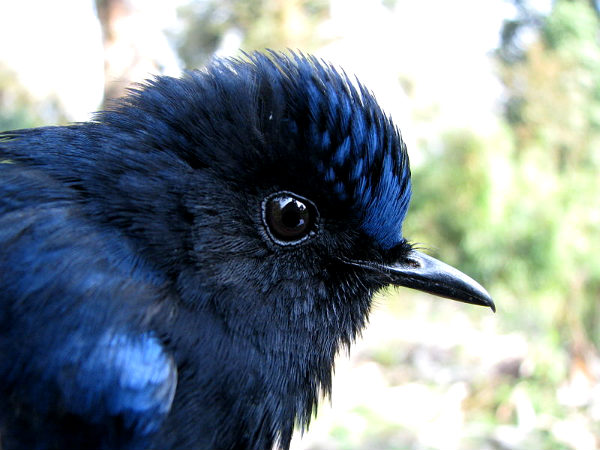 Avi tourism is a part of Arunachal Pradesh. Rich diversity of birds in the wildlife sanctuaries and the national parks of this north eastern state is beyond comprehension. Tourists traversing this "Land of Orchid" make sure of visiting Eaglenest Sanctuary in Bomdilla, Daying Ering Wildlife Sanctuary in Pasighat and Namdapha National Park. These are some of the favourite spots for bird enthusiasts as well as photographers.

The biodiversity of the state makes it favourable for various species of birds. Sessa Orchid Sanctuary by the hilly terrain is also an avian treasure. Though dense forest covers the area, easy pathways are maintained for the tourists to make it accessible. Special bird tours are organised in Eaglenest Sanctuary so that bird enthusiasts can view the rare and uncommon species which make a count of around 425.

The rich variety of birds in Arunachal Pradesh surpasses the limit of 700 and ranks just after Assam in India. Travellers venturing out for the bird tour not only focus to view birds but also take the pleasure of floral variety in and around the sanctuaries. Apart from Hornbill, the state bird of Arunachal Pradesh, there are many other species of birds which one might love viewing and capturing (through lenses).

Here is a list of species of birds which one might love exploring. The upcoming Bird Festival is the best time when one can visit the state to explore the variety.

One of the endangered species of birds, it was first discovered in 1995 at Eaglenest Wildlife Sanctuary. They are generally found in the undisturbed zones of forests and on the hilly terrains. These birds are orange-yellow in colour and have red and white patches. Their fluty voice is distinct amongst all birds in the forest.

It is the state bird of Arunachal Pradesh whose population is at a decreasing state. Tribals of Arunachal Pradesh hunt these birds for beak and feather. The lower body, neck and head of the male birds are rufous in colour while it is black for the female. They are mostly found in Namdapha National Park and Pakke Tiger Reserve and Sanctuary.

This rare species of bird is found inNamdapha National Park. It is more comfortable in temperate forests. Bhutan, China, Myanmar and Nepal are some other places where this bird is found.

These are small birds which are found in Himalayan ranges and descend down the altitude with the advent of winter. They have stout black hook. They are of different species like Pied, Himalayan, Dalat, Green, Cliccking, Trilling and many more. They are not yet endangered species and are found in huge density.

Originating from East and South East Asia, these birds are mostly found in Namdapha National Park. These small birds with long tail feeds on weeds, grasses and adjust well to the surrounding temperature. Preferring tropical and temperate climate these birds usually don't migrate. This bird has various species.

Also known as Black-faced Treppie or Black-browed Treppie, these small perching birds have compact body and long tail. While the wings are white, the tail is black in colour. They are mostly found in Haimalayan region like Nepal and Burma. In Arunachal Pradesh, they mainly reside at Namdapha National Park.

Arunachal Pradesh is also home to Barwings which are generally found in the Himalayan region of India and countries like China and Taiwan. They are found in various species. Rusty-Fronted Barwing, Taiwan Barwing and Spectacled Barwing are some of them.

Found in Eaglenest Wildlife Sanctuary, these birds generally feed on buds, fruits, berries and seeds. Deforestation is one of the main reason behind the extinction of these birds. Their population is quite small and is also found in Myanmar, Tibet, China and Bhutan. They generally migrate for the search of food.

Mostly found in Eaglenest Wildlife Sanctuary, these birds are almost extinct in India. They are still found in different parts of the world. They generally reside in higher altitudes. Other than nectar these birds also feed on spiders and insects. They are classified with humming birds as they can take nectar while hovering.