Remembering the Tales of Bhujia Fort in Bhuj! 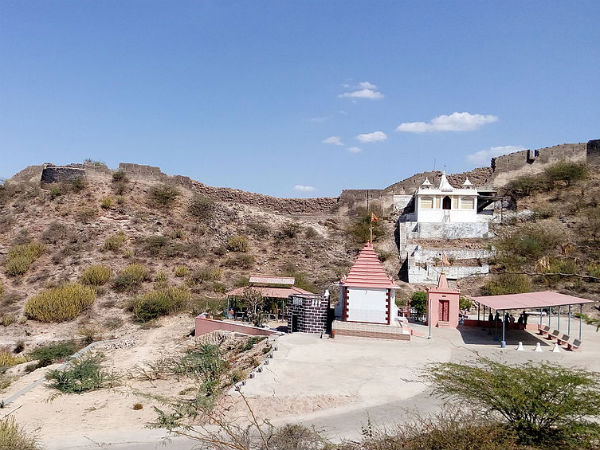 The provincial kingdoms of India are the main reason for the existence of several palaces and forts across the country. Some structures have challenged the time and stand with all grandeur while many have depleted over the years. Now let us go to one such ruined yet charming Bhujiya Fort in the outskirts of Bhuj in Kutch region.

Today, Bhujia Fort is known for the Bhujang Nag Temple. However, most of the fortress is ruined as it is not maintained for some years.

The ruler of Kutch Kingdom wanted a defence fort to ward of the Mughals, Rajputs and Sindh rulers. So, Rao Godji I built this majestic hill fort during 1700 -1800 AD to keep an eye on the enemies. It was constructed to protect the capital of Bhuj from the invaders.

It was a time when rulers searched for strategic defence locations.Well, like any other forts, Bhujia Fort was attacked. As per the records, there have been six major battles in this fort.

Once Sher Buland Khan, a Mughal viceroy attacked Bhujia Fort. When the fight was almost getting over, some warriors from Nag Bawa tribe entered the fort and helped the Kutch ruler to win the battle against of Sher Buland Khan's army.

The legend says,Naga chieftains once ruled the region of Bhuj. In one of the worst battles, the last Naga chieftain, Bhujanga was killed. Later, the place where he lived came to be known as Bhujia Hill, and the surrounding town was named as Bhuj. Locals built a temple for Bhujanga which is now famous as Bhujang Nag Temple. From this time onwards, the locals greatly respect the Naga deities in this region.

Bhujia Fort came under the Indian Army after the Independence. However, they used the fort for some years for the military purposes. Later, it was abandoned as the Indian Army shifted its base to another place.

Bhujang Nag Temple is one of the prominent attractions in Bhujia Hill. It is said that Bhujang Nag is also the brother of the legendary character Sheshnag (Lord of snakes). Hence, special poojas are performed during the time of Nagara Panchami and also a fair is organised here.

Bhuj is well-connected with all the major cities of Gujarat. It is around 330km from the capital Ahmedabad.

Comments
Read more about: forts bhuj kutch gujarat
Other articles published on Aug 17, 2016
We use cookies to ensure that we give you the best experience on our website. This includes cookies from third party social media websites and ad networks. Such third party cookies may track your use on Nativeplanet sites for better rendering. Our partners use cookies to ensure we show you advertising that is relevant to you. If you continue without changing your settings, we'll assume that you are happy to receive all cookies on Nativeplanet website. However, you can change your cookie settings at any time. Learn more
Change Settings Continue