Bhopal To Ratlam – To The Historical City With Jain Pilgrimages 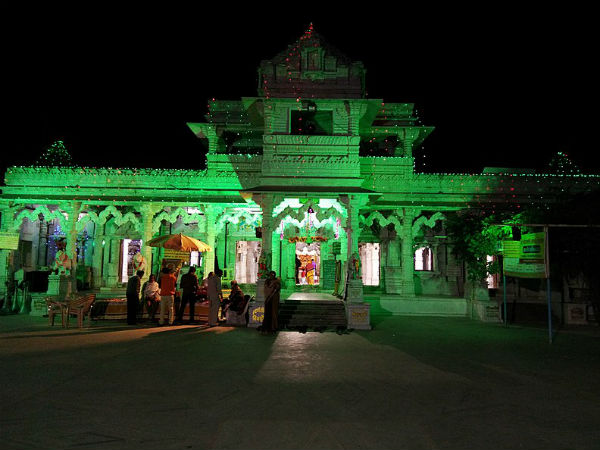 Ratlam is one of the must-visit weekend getaways from Bhopal if you are looking forward to enjoying the beauty of divine atmosphere of temples and their spiritual environment. Nothing can be better than sitting idly and contemplating the beauty of calmness in seclusion. Being a city with temples, Ratlam is visited by thousands of devotees every year.

However, most of these visitors include Jain followers, who come here to pay their respects to the Jain idols placed inside the temples. Regarding history, Ratlam is said to have been formed by Udai Singh, a king of the Jodhpur region.

It has also been a major commercial centre in Madhya Pradesh and was popular for trading tobacco and opium. Today, Ratlam is known as the land of Jain pilgrimage centres. So, how about planning a trip from Bhopal to Ratlam this season?

With a humid subtropical climate, Ratlam experiences a hot weather during the summer season. Hence, it is advisable to avoid visiting Ratlam from April until the end of June. The best time to visit this pilgrimage destination is from September until the end of March as during this time the weather remains pleasant and comfortable. However, Ratlam is a year-round destination for Jain followers.

How To Reach Ratlam From Bhopal

By Air: You can catch a flight to Indore airport, which is located at a distance of about 130 km from Ratlam. Once you have reached the airport, you can hire a taxi to Ratlam. It will take you an approximate time of 3 hours to reach your destination from the airport.

By Road: Ratlam is located at about 300 km from Bhopal and hence, it is easily accessible by road.

However, route 1 is preferable as it will take you an average time of 1 hour lesser in comparison to other routes. Hence, you can reach your destination within 5 hours and 30 minutes through route 1. On your way, you can also explore Ujjain and Dewas.

Dewas is located at a distance of about 150 km from Bhopal and 140 km from Ratlam and hence, it is a perfect spot to take a break at. Dewas is famous amongst tourists for its beautiful surroundings and ancient temples. The most famous temple in Dewas is Mata Tekri, which is located atop a hill and has been worshipped by locals for decades.

Apart from its temples, you can also visit Kheoni Wildlife Sanctuary, Kavadia Hills, Gidya Khoh Waterfall and Jain temples like Pushpgiri Tirth. As there is a lot to savour within its boundaries, Dewas becomes a perfect en route destination from Bhopal to Ratlam.

Located on the banks of Kshipra river, Ujjain is one of the oldest-known places in India and is believed to be in existence since the prehistoric era. Due to presence of several Hindu temples, it is also a popular Hindu pilgrimage centre in Madhya Pradesh. Therefore, the world famous Kumbh Mela is held once in eevry 12 years at Ujjain.

The presence of Kshipra river makes the surroundings of Ujjain cool and pleasant. The major places to visit here include Mahakaleshwar Jyotirlinga, Kal Bhairav Temple, Ved Shala, ISKCON Temple and Ram Ghat. How about exploring the corners of this holy city? Ujjain is located at a distance of about 200 km from Bhopal and 100 km from Ratlam.

As Ratlam is popular for its Hindu temples and Jain Pilgrimage centres, you will find a lot of religious places here. Even though Ratlam is mostly visited by Jain followers and Hindu devotees, it also attracts several curious tourists, who come here to savour the beauty of spirituality and to get lost in its wonderful aura filled with equanimity. Following are the places which you must visit while in Ratlam.

Bibrod Tirth is one of the most significant Jain pilgrimage centres in the world. It is a 13th-century temple and is dedicated to Lord Adinath, the first tirthankar of Jainism. On an average, it witnesses thousands of Jain followers and a few tourists every year. The beautiful surroundings of the temple will certainly allure you to come here again and again. The major festivals celebrated here include Mahavir Jayanti.

Another significant Jain pilgrimage centre, Shri Nageshwar Parshwanath Tirth is an ancient temple dedicated to Lord Parshvanath, the 23rd tirthankar of Jainism. The snake placed inside a hole near the idol of Lord Parshvanath is a rare thing to witness. Only lucky devotees can have a glimpse of this mysterious snake. Another important feature of this temple is that the idol placed inside the temple is 2850 years old.

Several other religious sites in Ratlam include Kalika Mata Temple, Satrunda Mata Temple, Bilpank Mahadev Temple and Kedareshwar Temple. You can also visit Cactus Garden and Hussain Tekri. So, how about getting yourself amid all these religious places this season?