Bhopal To Panna – Explore The Land Of Diamond Mines 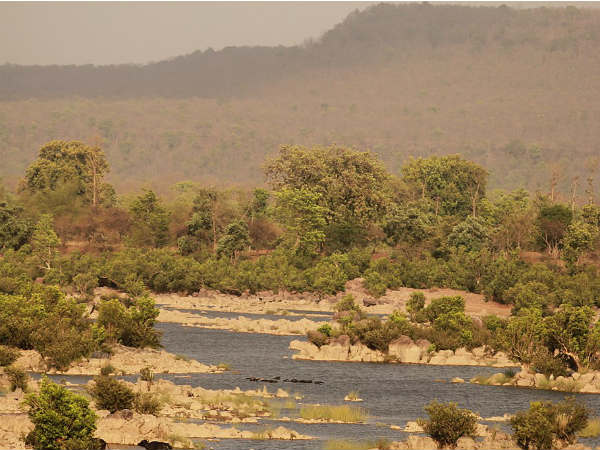 Panna is a beautiful weekend getaway from Bhopal which can be reached within 7 hours. Covered with green vegetation in the form of beautiful trees and colourful grasslands and dotted with streams, waterfalls and a few temples, Panna is one of the few places in Asia which were immensely popular for their diamond mines.

As of now, the diamond mines at Panna are inactive. However, there are still several reasons to visit Panna this weekend. From natural destinations to ancient spots, there is a lot to witness here. Panna is believed to be an ancient settlement; however, the exact time of its outset is still unknown. How about a trip from Bhopal to Panna this weekend and making your summers calm and refreshing through its waterfalls, rivers, vegetation and temples?

Panna experiences an extreme type of climate and hence, summers are very hot here. However, due to the presence of waterfalls and a few streams in the region, the climatic conditions are bearable even during the summers. If you desire to visit Panna when it is at its best, then the best time is from October until the end of February.

How To Reach Panna From Bhopal

By Air: You can take a flight directly to Khajuraho Airport and then from there you can hire a cab to Panna, which is located at a distance of around 40 km. It will take you an average time of 1 hour to reach your destination for the airport.

By Rail: The nearest railhead is at Khajuraho. You can catch a train to Khajuraho railway station and then from the station, you can hire a cab to Panna.

By Road: Panna is settled at about 380 km from Bhopal and hence, it can easily be accessed by road.

On your way to Panna, do not forget to take a break at these following places to savour their wonders.

Sanchi is famous amongst tourists for the Great Sanchi Stupa, which is said to have been built by Ashoka, the great Mauryan emperor, who ruled India for a few decades before becoming a Buddhist monk. Sanchi Stupa is one of the oldest stone structures in India and hence, it is visited by thousands of tourists every year.

As Sanchi is one of the oldest-living places in Madhya Pradesh, you can also find several other historical monuments here. If you love exploring ancient places, then Sanchi Stupa is a definite stoppage for you, owing its beauty to its marvellous architecture. Sanchi is located at a distance of about 50 km from Panna and 330 km from Bhopal.

Sagar is one of the fast-developing towns in Madhya Pradesh and hence, it has become an industrial hub over a period of time. However, the major thing which should not be ignored about Sagar is its intact natural beauty.

Lakha Banjara Lake is the prime destination in Sagar, which is visited by hundreds of locals everyday as it is the perfect place to spend your summer afternoons and evenings. Other places of interest include Jain pilgrimage destinations, such as Neminagar Jain Tirth and Pateria Ji Temple Complex. Sagar is located at a distance of around 210 km from Panna and 170 km from Bhopal.

Being the land with several spots to explore, Panna is a beautiful place, where you can certainly feel the essence of calmness and quietude. Following are the major places which no traveller should miss visiting if they happen to be in and around the boundaries of Panna.

Panna National Park is one of the popular tiger reserves in India and was established in 1981. If you are looking to witness the majestic appearance of tigers, then Panna National Park is the place where you should be. Apart from tigers, you can also spot species of leopards, chitals, nilgais, sloth bears, honey buzzards and king vultures.

Being home to Ken river, one of the prominent streams in the Bundelkhand region, Panna hosts a few waterfalls within its boundaries, which are responsible for magnifying the overall beauty of the place. Pandav Falls and Gatha Falls are two important waterfalls which you must not forget to visit. The surroundings of the waterfalls are certainly set to rejuvenate you.

The most significant temples to visit in Panna include Maharaniji Temple and Jugal Kishor Ji Mandir. These beautiful temples made out of marble are visited by thousands of Hindu devotees every year. So, now when you know everything about how to reach Panna and its marvellous spots to explore, why not get busy planning a wonderful trip from Bhopal to Panna?