Bhopal To Lonar – Satisfy Your Wanderlust 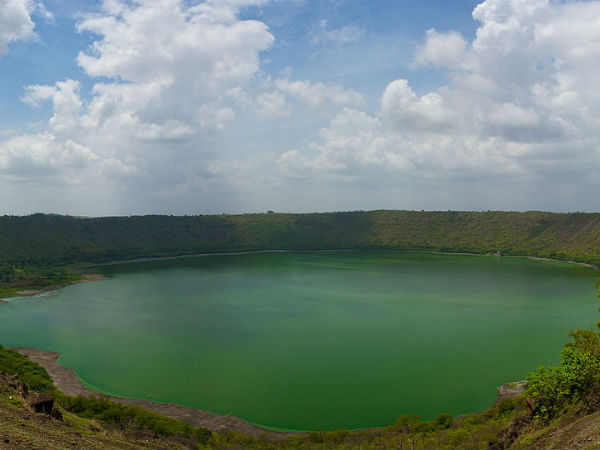 How about planning a trip from Bhopal to some amazing destination in some other state? Well, if you are looking for the same, then it is advisable to consider a visit from Bhopal to Lonar, a small town famous for the Lonar Crater Lake and its lush green surroundings rich in dense vegetation.

Located in the state of Maharashtra, Lonar is also famous for its ancient Hindu temples, which are located in and around the region of the Lake. Due to its pleasant weather and natural surroundings, it has become a weekend stoppage for local tourists and offbeat travellers who come here in thousands every year.

What do you think about exploring this hidden marvel of nature? If you are always keen on travelling to unconventional places with an uncrowded atmosphere, then Lonar is your calling this season. Read on to know more about this wonderful place.

As the summers remain bearable in the region of Lonar, it can also be visited during the summer season. However, if you are looking to savour the beauty of its lake and other sites, then the best time to visit Lonar is from October until the end of March.

How To Reach Lonar From Bhopal

By Air: You can catch a flight to Aurangabad Airport and then from there you can hire a cab to Lonar. The distance between Lonar and Aurangabad is 140 km. Hence, it will take you an approximate time of 3 hr to reach your destination from the airport.

By Rail: Lonar is not connected to other cities by rail. However, you can take a train to Aurangabad railway station. Once you have reached the station, you can hire a taxi to Lonar.

By Road: Lonar is well connected to all other cities and towns by road, hence, it is easily approachable.

Route 1 is the fastest and hence, you can reach your destination within 11 hr 30 min, i.e, half an hour less in comparison to route 2. On your way, you can also take a break at the following places to learn in detail about the surroundings of Lonar.

Hoshangabad is situated at a distance of about 80 km from Bhopal and 440 km from Lonar and is popular amongst tourists for its beautiful ghats. Located on the banks of the Narmada river, this ancient town is named after Hushang Shah and has a number of tourist spots which will certainly allure you.

These places include Sethani Ghat, rock paintings of Adamgarh Hills, Salkanpur and Hushang Shah Fort. You must take a break here if you love sitting idly and lazing by the river beaches.

Betul is another en route stoppage which you should definitely visit if you love exploring historical places amid natural environment. It is located at a distance of around 320 km from Lonar and 180 km from Bhopal and hence, it is a perfect spot to take a break.

The major places to visit here include Balajipuram Temple, Muktagiri Jain temples, and the scenic spot of Kukru Khamla. Betul is assuredly a beauty to capture; then why stay away from its boundaries?

Amravati is one of the significant and smartest cities in Madhya Pradesh. Even though there are not many places to explore within the main city, there are definitely numerous places around it. These beautiful places include the mesmerising hill station of Chikhaldara, Ambadevi Temple, Shri Krishna Temple and Shri Ventakeshwara Temple. Amravati is located 315 km from Bhopal and 205 km from Lonar.

Lonar has become one of the preferred destinations in Maharashtra over a period of time for those who always look forward to getting in touch with nature. Even though there are not many places to explore, you can still find this hidden beauty an alluring destination. Following are the places which you must visit while on a tour of Lonar.

Lonar Crater Lake is the prime attraction at Lonar and is the major reason behind the increase of tourism in and around the region. It is said to have been created by a meteor which hit the land of Maharashtra thousands of years ago. However, over a period of time, it gained a reputation of a tourist spot and today, it is visited by thousands of tourists every year. It is also the only salt water lake in basaltic rock in the world.

Daitya Sudan Temple attracts every visitor who comes here to capture the beauty of Lonar Lake. The history of this temple dates back to the era of the Chalukya dynasty and hence, it is one of the beautiful masterpieces of Hindu architecture in the region. Being dedicated to Lord Vishnu, it is also considered as a site of religious importance amongst Vaishnavites.

Several other places to explore in and around Lonar include temples, such as Kamalja Devi Temple, Gomukh Temple, Shankar Temple, Ambar Lake, Rama Gaya Temple and Motha Maruti Temple. As the region of Lonar is covered with lush greenery, you can also go photographing and camping here.