Bhopal To Gwalior – To The City With Rich History And Culture 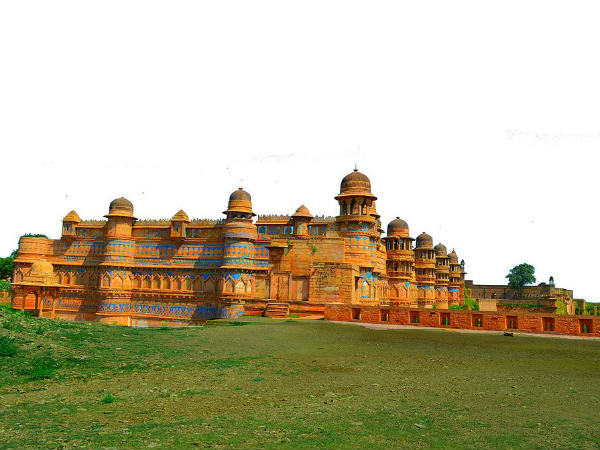 Not every spot around Bhopal is a perfect weekend getaway; however, Gwalior is certainly a place every traveller and tourist would love to visit and explore, because it houses ancient marvels standing strong in the form of forts, temples and palaces. Therefore, Gwalior is one of the most-visited historical places in India.

From the Kachwahas to the Scindias, it has been under the control of several dynasties and the presence of wonderful architecture from different eras proves the rich history of the city. How about planning a trip from Bhopal to Gwalior this season and diving deep down the history and culture of the state? If you love history and architecture, then you must not miss visiting this ancient place with wonderful spots.

With a sub tropical climate, Gwalior experiences hot summers and hence, most of the tourists prefer visiting this historic city from October until the end of March, when the temperature is optimum and climatic conditions are bearable. However, for every traveller and history lover, Gwalior remains a weekend destination throughout the year.

How To Reach Gwalior From Bhopal

By Air: Gwalior has its own airport and hence, you can take a direct flight to Gwalior Airport.

By Rail: Gwalior is well connected to all other cities and major towns by rail and hence, it is the preferred mode of transport for every tourist visiting Gwalior from Bhopal. It will take you an average time of 5 h to reach your destination by rail.

By Road: Gwalior has a good network of roads and can be approached easily. It is the best way possible to reach your destination within minimum time.

It is advisable to take route 1 as it will take you an approximate time of 7 h to reach your destination while other will take an average time of 8 h. On your way, you can also explore the beauty of Shivpuri through its ancient buildings and natural surroundings.

Shivpuri is located at a distance of about 300 km from Bhopal and 115 km from Gwalior and is famous amongst tourists for its ancient buildings and other religious sites. It is also a weekend destination for several nature lovers who come here to savour the beauty of nature at Madhav National Park.

The prominent historical places to visit here include Narwar Fort, Shivpuri Chhatari, Mohineshwar Dham Mandir and Bhadaiya Kund. As the region of Shivpuri is covered with green hills, grasslands and a few lakes, it also attracts several photographers.

Located at a distance of about 415 km from Bhopal, Gwalior is all set to teach you in detail about the history of the Scindias, the Kachwahas, the British and the Mughals, who controlled this historic city for a period of time. Today, Gwalior is one of the highly advanced cities in Madhya Pradesh and has been covered under the smart city scheme, initiated by the central government.

As it has been in existence for thousands of years, it is also famous for its ancient culture. If you love exploring different lifestyles and traditions, then you must catch a glimpse of Gwalior and its historic sites this season. Following are the places which you must visit while in and around Gwalior to draw an idea of its glory and majesty.

Established in the 19th century by the maharaja of Gwalior, Jayajirao Scindia, Jai Vilas Palace is one of the magnificent palaces in Madhya Pradesh and is one of the finest instances of European architecture. Located in the heart of the city, Jai Vilas Palace boasts of its beautiful collection of antiques and houses the world's largest chandelier. Wouldn't you love to witness this royal palace and experience royalty within its compound?

The most visited and one of the prominent buildings, Gwalior Fort is the heart of the city and is visited by millions of tourists every year. You cannot simply miss this monumental fort which houses several temples, palaces, courtyards, gardens, lawns, caves and other buildings.

Even though the exact date of its formation is still unknown, it is said to have been built in between the 8th century and the 14th century by Hindu kings. It is also the place where the record of zero has been found. How about taking a tour of this gigantic fort?

Another significant ancient marvel to contemplate the beauty of medieval architecture, Teli Ka Mandir is a Hindu temple dedicated to Lord Shiva, Lord Vishnu and a group of mother goddesses and is known amongst tourists for its incredible artistry. It was built during the 8th century and is a must-visit site to explore the rich history of the city and the state.

One of the unusual temples in India, Saas Bahu Temple is said to have been constructed during the 11th century and is one of the greatest masterpieces of architecture in the city. It is located near Gwalior Fort and is visited by thousands of tourists every year.