Bharat Mata Mandir – Where A Map Of Undivided India Is Worshipped 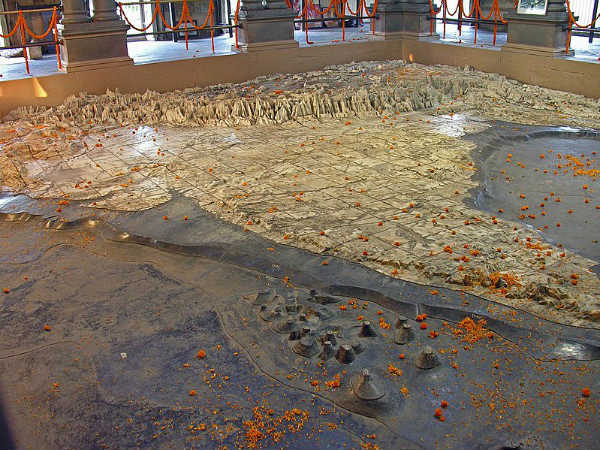 It is no wonder India is a land of surprises and Varanasi is one of the most popular wonders of the country. Apart from being the oldest-living city in the world and home to hundreds of religious sites, it also harbours several places that are capable of leaving every visitor awestruck. One such place is Bharat Mata Mandir, which is dedicated to the goddess who represents all the goddesses in the India culture. In other words, it can said that Bharat Mata personifies India as a mother goddess.

Ever heard of any other country in the world which has been personified? Certainly not. That's why it is considered one of its kind in the entire world. Wouldn't you love to learn more about this unconventional temple? If yes, then read on. Find out about its history and how to reach this unique temple.

The Location And History Of The Temple

Bharat Mata Mandir is located in the public university campus of Mahatma Gandhi Kashi Vidyapith in Varanasi at a distance of about 3 km from the city centre. It is a popular shrine of Mother Goddess where a map of undivided India is worshipped.

Did you know that the temple was built by Babu Shiva Prasad Gupta, a visionary leader, in the year 1936 and was inaugurated by Mahatma Gandhi himself? The temple is built on a floor in the form of a relief map and is built out of marble. It is no wonder Independence Day and Republic Day are the major festivals celebrated here.

Surrounded by a beautiful garden, this unusual yet beautiful temple is visited by thousands of tourists every year. Over a period of time, it has become popular amongst common tourists too. So, how about visiting this mesmerising shrine on your next trip to Varanasi?

How The Temple Came Into Existence

Isn't it strange to find that people are actually worshipping a map of India? Well, it isn't. Let us tell you that the temple was established in order to symbolise unity in the country. Since then, the temple has been frequented by people of all castes, creeds and religions.

Today, it has become a tourist spot and is visited by several international travellers too. The idea of building this temple came to Babu Shiv Pratap Gupta when he witnessed people belonging to different religions fighting with each other.

He always believed that unity is strength and everyone should work towards the upliftment of the society and the nation. Therefore, he came up with the idea of building a temple dedicated to Mother Goddess so that it could represent the beauty in the diversity of the nation.

Why You Should Visit Bharat Mata Mandir

Who wouldn't love to watch unusual things? Even if you do not, then also Bharat Mata Mandir in Varanasi should be on your bucket list. As the map of India carved inside the temple depicts the geography of the country, thereby, showcasing mountains, plains and oceans, you can learn a lot about the physical beauty of India.

After all, it is located in the beautiful city of Varanasi. You can also explore the beautiful ghats of Ganga and take a thrilling boat ride in its waters. So, don't you think a visit to Bharat Mata Mandir is a perfect deal?

Being a historic site, Bharat Mata Mandir is a year-round destination and hence, you can visit it anytime in a year. However, if you are looking forward to avoiding the summer heat of Varanasi, then the best time to visit the temple is from October until the end of March. You can also visit it during the monsoon season when the temperature conditions are favourable.

How To Reach Bharat Mata Mandir

By Air: If you desire to travel by air, then you can take a direct flight to Varanasi airport, which is located at a distance of about 25 km from the temple. Once you have reached the airport, you can hire a direct cab to the temple. It will take you an average time of 1 h to reach your destination from the temple.

By Rail: Varanasi has a good rail connectivity and hence, it is connected to all other major cities and towns by rail. From the station, the temple is located at a distance of about 3 km. You can hire an autorickshaw to reach the temple.

By Road: The region around the temple is well connected to all other places in Varanasi by road, and hence you can easily access it. 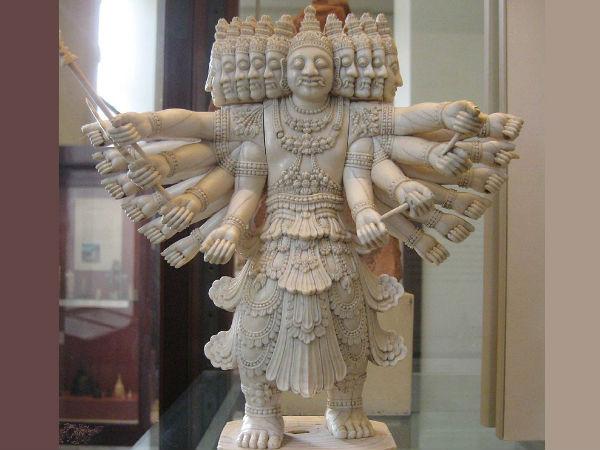 Most Read: Unique Temples Not to be Missed in India!