Must-visit Sacred Sites In Meghalaya That Offer Godliness And Equilibrium 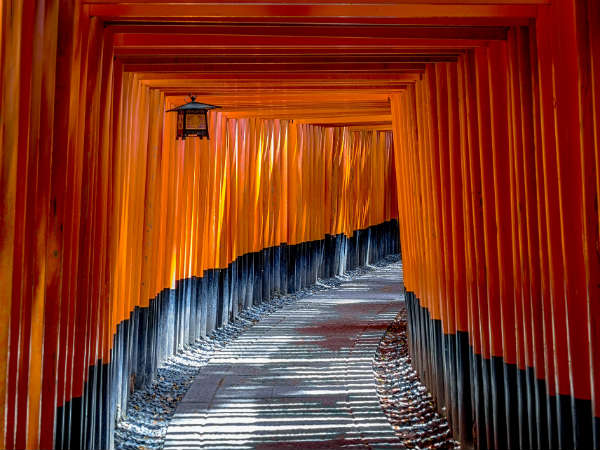 The abode of clouds and the land of lush greenery, Meghalaya is probably the most beautiful and greenest state in India when it comes to luxuriant hills and valleys. Therefore, over a period of time, it has become a favourite destination for several offbeat travellers. Today, it could be found on the wish list of every nature lover and wildlife photographer. From living root bridges to thick forests and a richly diverse wildlife to a unique culture, there is a lot to explore within its boundaries. How about planning a tour of its sacred sites this season?

These religious places are not only known for their godly atmosphere but also for their peaceful surroundings. Hence, they make for perfect getaways for travellers looking forward to savouring godliness and equilibrium. If you are one amongst these travellers, then the following list of the must-visit sacred sites in Meghalaya is for you.

Located in the West Jaintia Hills district, Nartiang Durga Temple is one of the 51 Shakti Peethas in India and is believed to be the site where the left thigh of Goddess Sati fell after her dead body was cut into 51 pieces by Lord Vishnu.

Hence, it is a site of great religious prominence. As it has a history dating back to 500 years, it is also a prime attraction in Meghalaya for hundreds of history lovers. The temple is said to have been constructed by a local ruler; however, the exact history related to the temple is still unknown.

According to several local legends, it is said to have been established thousands of years ago. So, if you are looking forward to enjoying divinity as well as serenity, do consider visiting Nartiang Durga Temple.

Located at Laitumkhrah in the beautiful city of Shillong and founded in the year 1936, Mary Help of Christians Cathedral is one of the most beautiful churches in the state. If you are an architecture enthusiast, then you cannot afford to miss visiting this modern marvel.

Did you know that it is one of the largest churches in Asia? Well, this is something which can compel you to explore its beauty. As it was built in the 20th century, it boasts of modern architecture. It is surrounded by a beautiful garden and is a perfect weekend stoppage to feel the essence of calmness.

The largest of them all in Northeast India, Madina Mosque is the first and only glass mosque in the country. Therefore, it has gained immense popularity amongst tourists and photographers over a period of time. With glass domes and glass minarets, this marvellous building looks like a paradisal architecture.

Did you know that Madina Mosque also has a separate hall for women so that they can offer prayers to Allah? It is located in Shillong and houses an orphanage, an Islamic theological institute and a library. So, don't you think this unique place of worship demands an exploration?

During the festive season of Shivaratri, the temple witnesses devotees from nearby villages and towns too. If you are an offbeat traveller and love discovering new places and new trails, then do visit this age-old cave temple.

Even though it is not as popular as Kamakhya Temple in Guwahati, it certainly deserves to be explored on account of its peaceful surroundings and godly atmosphere. The temple is located in the Garo Hills of Meghalaya at a distance of about 45 km from Tura and is an emerging tourist destination in the state.

During the festive seasons, people from nearby towns and villages come to the temple to worship Goddess Kamakhya and offer her prayers. It is believed that whoever comes to the temple with utmost devotion and dedication gets blessed with a delightful life. So, what do you think about a visit to this wish-fulfilling temple this season?