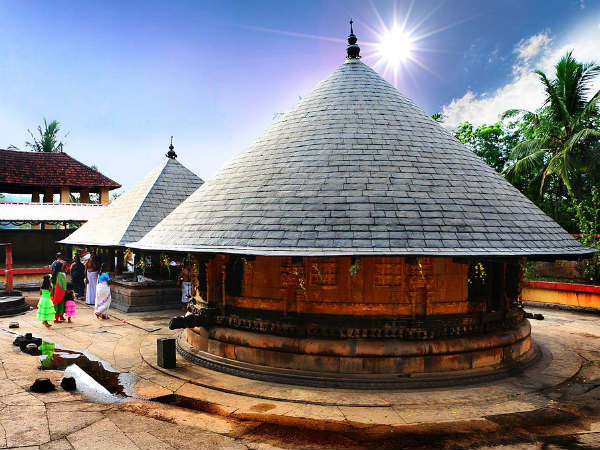 Kilimanoor is a small town in the Trivandrum district of Kerala and is one of the fastest-growing census towns in the state. Therefore, over a period of time, tourism in Kilimanoor has developed to a large extent. As it has a history dating back to several centuries when it was a significant part of the Travancore Kingdom, its popularity amongst history lovers is increasing day by day. After all, it is home to several ancient monuments and religious sites. However, the major thing which makes Kilimanoor a perfect place for tourists is its natural beauty. Yes, the region around Kilimanoor is blessed with lush greenery and is rich in diverse wildlife.

Thereby, attracting hundreds of nature lovers and photographers every year. On account of its location in the close proximity of Trivandrum, it has become a popular weekend escape today. Following are the major places which you must explore while in and around Kilimanoor.

A site of great historical importance, Kilimanoor Palace is one place in the town where you can learn in detail about the bygone era of Kilimanoor. As per historical records, the palace was built in the 18th century and was used by the rulers of the Travancore Kingdom as their residence.

However, it is mostly recognised as the birthplace of Raja Ravi Varma, a great Indian painter, today. If you are bitten by the history bug and always look forward to discovering new places which can unfold the untold history of the nation, then Kilimanoor Place is one place where you should be this weekend.

Well, this is one place which each and every kind of traveller is supposed to explore. Dedicated to Lord Vishnu, Thirupalkadal Sreekrishnaswamy Temple is a site of great historical, cultural and religious significance.

It is one of the 108 Divya Desams, which are generally called the abodes of Lord Vishnu, in the country. Therefore, it has also become a significant pilgrimage site amongst Hindus, especially Vaishnavites. As per records, the temple was established about 2000 years ago during the Sangam Period.

Hence, it is also frequented by hundreds of history enthusiasts every year. As the region around the temple nurtures a peaceful atmosphere, you can also feel the essence of calmness and composure here. The major festivals celebrated here include Janmashtami, Ekadasi and Medam Utsavam.

Even though Meenmutty Falls is located away from the main town of Kilimanoor, it still deserves to be visited on account of its popularity and beautiful environment. If you are one amongst those who love lazing by water cascades and relaxing in a refreshing atmosphere, then you have no reason to avoid visiting this wondrous beauty.

Located in the midst of lush green forests, Meenmutty Falls is all set to rejuvenate you. It falls from a height of about 1000 ft and is one of the most photogenic places in the region. Apart from capturing its captivating grandeur, you can also indulge in exploring its rich surroundings.

How is this possible to not explore the beauty of the charming Varkala while in and around Kilimanoor? Certainly, you cannot afford to miss such an amazing destination which has in store a lot to explore. From beaches to temples, it has everything that can make your weekends memorable. Varkala is located at a distance of about 20 km from Kilimanoor and is easily accessible.

Here, you can witness beautiful cliffs adjacent to the Arabian Sea. So, do not forget to bring your camera and capture some of the most beautiful shots. The major places which must be visited in Varkala include Varkala Beach, Janardanaswamy Temple, Sivagiri Mutt. Did you know that you can also enjoy paragliding in Varkala?

If you would love to take up an expedition of exploring the towering hills and dense forests of the region around Kilimanoor, then you must visit Brimore. It is generally popular as a base camp for trekkers who come here to scale the sky-touching Agastya Mala.

The region around Brimore is home to several rare and endangered species of plants and animals. So, if you would want to explore the richly diverse wildlife of Kerala while in and around Kilimanoor, do not forget to visit Brimore.