14 Best Places To Visit In South India In May 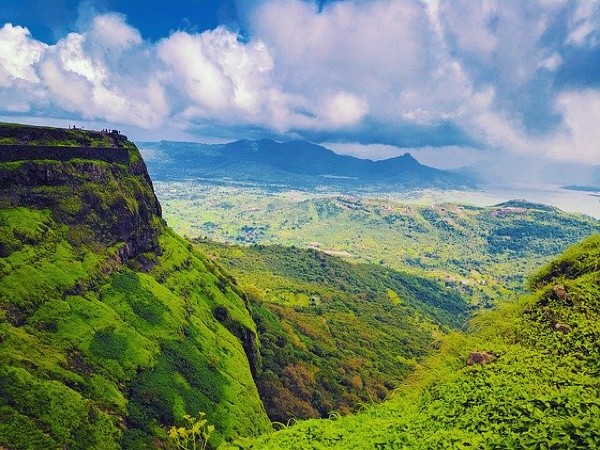 We don't know how and when Coronavirus pandemic shall desist. But we hope it does when summer ends and people can continue with their normal lives, work as usual and travel as they did pre-lockdown. So, if you are hopeful as we are, then don't delay planning a trip because you couldn't settle with the places you want to visit in May in South India. We have compiled the 14 best and some very distinctive South Indian destinations to visit this May.

One of the lesser-known places in Maharashtra, Amboli hill station, rests in the Sahayadri Hills. The hills of Amboli village endure uncommonly high rainfall, exhibiting various waterfalls and mist during may month, which are the main attractions for tourists and travellers.

Agumbe is appreciated for its picturesque beauty and also proclaimed as the Cherrapunji of South India. Agumbe rainforest boasts of the tallest waterfalls, and diverse wild animals including lion-tailed macaque, flying lizards, king cobra, and cane turtle.

Malshej Ghats is snuggled in the mountainous hills of the Western Ghats located in Pune. The mountain pass is abode to many waterfalls and hundreds of diverse flora and fauna.

Horsley Hills also proclaimed as ‘Andhra Ooty' is a range of hills in Madanapalle taluk. Yenugu Mallama Konda is abode to the tribes of Chenchus and Yanadis, also renowned for hosting threatened species such as white-rumped shama, yellow-throated Bulbul, and black eagle.

Ooty and Coonoor endure heavy precipitation during May month but Ooty turns beautiful during the rainy season. Weather in South India gets really pleasing and you can have a really good time with your family.

Bhandardara village, settled in the Ahmednagar district, hosts Wilson Dam, Randha falls and Arthur Lakeland; some of the popular tourist attractions. The settlement is also known for very fine Sandhan valley and abode to Mount Kalsubai, the most eminent peak in Maharashtra.

Coorg, also recognised as Kodagu, embraces both Summer and Monsoon perfectly. Kodagu is one of the most visited places in South India in May and an ideal destination to tour during the rest of the seasons.

Matheran is one of the best places to visit in South India. It's an ideal weekend getaway for people from Mumbai and Pune. Matheran hill station can be toured within a day and is regularly visited during this time.

The enchanting season of summer is one of the reasons to hit Kerala when all reservoirs, waterfalls, and other water bodies are filled. Munnar bestows a magical charm during the rainy season and offers a great opportunity for a quiet vacation.

Fund in the foothills of the Mullayanagiri range, Chikmagalur is the coffee haven of Karnataka state. Its picturesque locations and nearby hill stations such as Kudremukha, Mullayanagiri, Mudigere, Koppa, Kalasa, Sringeri and Balehonnuru are some of the main tourist attractions to witness in May.

Wayanad is an extraordinary monsoon tourist destination in Kerala and it is enclosed by the wildlife sanctuaries of Bandipur, Nagarhole and Muthanga. The region is also abode to Banasura Sagar Dam, Wayanad Wildlife Sanctuary, and pine forest.

Kodaikanal is the famous tourist destination in Tamil Nadu and most popular hill station in South India. Some of the attractions in Kodaikanal include several picturesque artificial lakes, natural attractions, and hot romantic destination for honeymooners.

Encircled by coffee and tea plantations, Nelliampathi hill station is known for Sithar Kundu Viewpoint and Kesavam para viewpoint. The cloud kissed peaks of the Nelliyampathy are classic holiday destination for visitors in Kerala.

Comments
Read more about: may south india
Other articles published on Apr 30, 2020