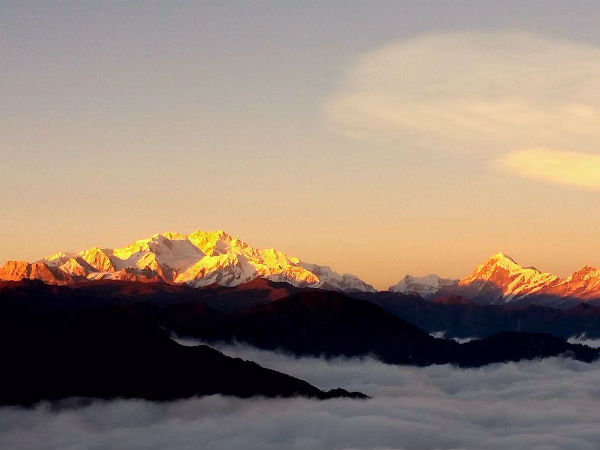 Sikkim is synonymous with picturesque beauty, idyllic landscape, and adventure experience. Settled in the western Himalayas, Sikkim has numerous hill stations which are the most suitable destination to find respite from the sweltering summer heat. Now known as a holiday destination for "all seasons", with so many impressive places to visit, here's a list of the ten best places to visit in Sikkim in June.


Amidst the mountains of Kanchenjunga, lies a tiny town that can enthral anyone with its breathtaking beauty. Located at an elevation of 6500 ft. in the state of Sikkim, Geyzing is also famous for its spiritual side as it houses several holy monasteries like Pemayangtse and Sangachoeling.


It's time to let go! Time to shed inhabitation and embrace the diversity of India. With the magnificent Kanchenjunga as the backdrop, Ravangla is the perfect place to laze around with a cup of coffee and enjoy the best of Sikkim. There are temples, monasteries, sightseeing, adventure sports; Ravangla is the jack of all trades, and master of many Sikkim towns. Located in the magical environment of the plush Himalayan forest and colossal mountains which enhance the skyline, Ravangla is the perfect base for some of India's finest tourism destinations and treks.


If there is any place on earth where one can see "heaven," then it has to be Yuksom. Formally referred to as the 'Gateway to Kangchendzongha', Yuksom is consecrated by the presence of majestic snow-peaked mountains, monasteries, etc. Yuksom was the ancient capital of Sikkim, and also holds the tag of being a sacred site, symbolically representing the "third eye of Sikkim".


Offering panoramic vistas of the stunning landscape and snow load peaks around Sikkim, Lachen is a great destination to soak in the hill station's natural beauty. Beautiful hill station, picture-perfect view of the neatly sequenced alpine pastures, quaint monasteries and water streams gushing down from scenic valleys are some of the sights to look out for in Lachen. The literal meaning of Lachen is 'Big Pass' and in recent times it is turning into a popular tourist destination because of the fascinating adventure activities organized here.


Nestled under the Rangoli sub-division of East Sikkim in North East India, Aritar is famed for its enchanting natural scenery peppered with lush forests, entrancing waterfalls, pristine lakes and imposing Himalayan peaks, which call for uncountable tourists from across the nation, either seeking a peaceful holiday, a spiritual retreat or an adventure-loaded extravaganza. The place has in its store, something for every kind of traveller.