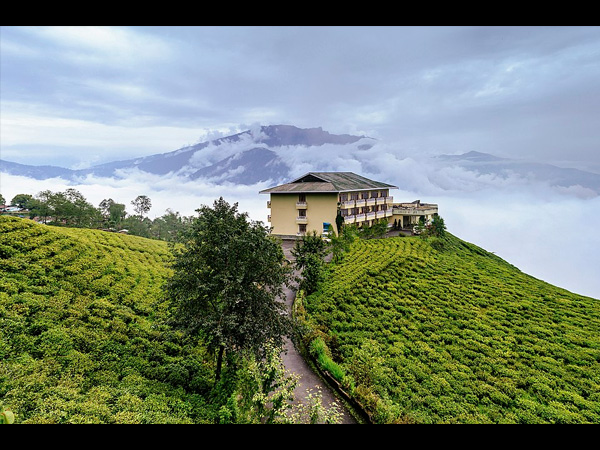 Sikkim, a place of hills and fables, is a beautiful Indian state that never ceases to amaze explorers. This majestic land is far-famed for panoramic meadows, antique holy sites, abundant greenery, breathtaking hill stations, towering snow-covered peaks, beautiful temples as well as picturesque lakes. Offering a range of fun activities like rafting, skiing, bird watching, yoga, camping as well as wildlife tours, Sikkim entertains people from all walks of life! It is unquestionably a land of heavenly beauty which offers an exceptional experience to one and all.

Flourishing with a perfect combination of urbanity and natural bounties, Sikkim is home to plenty of tourists attractions, where you can not only unite with your inner self but also direct the innate explorer. Here are the ten best places to visit in Sikkim which are perfect for a fun-filled and memorable vacation!

Lachung is a stunning mountain hamlet - abode to countless apple orchards and 19th-century Lachung Monasteries. The top attraction of Lachung is the Yumthang Valley (Valley of Flowers). This valley is famous for its treasure of waterfalls, blooming flowers, hot springs, rivers, dense forests of pine and silver fir, and verdant meadow pastures walled by the extraordinary Himalayan mountains.

It is also home to the Shingba Rhododendron Sanctuary, boasting diverse flora and fauna. Valley of flowers is a heaven on earth and skipping this place would result in a heartfelt regret.

Besides attracting tens of thousands of people for its glacial natural beauty, it is also a perfect viewpoint that offers a panoramic blend of exquisite flowers, azure sky, towering snow-clad mountains and exotic yaks. Located in East Sikkim, Tsomgo Lake a.k.a Changu Lake is one of the popular tourist destinations in India.