10 Best Places To Visit In North India In June 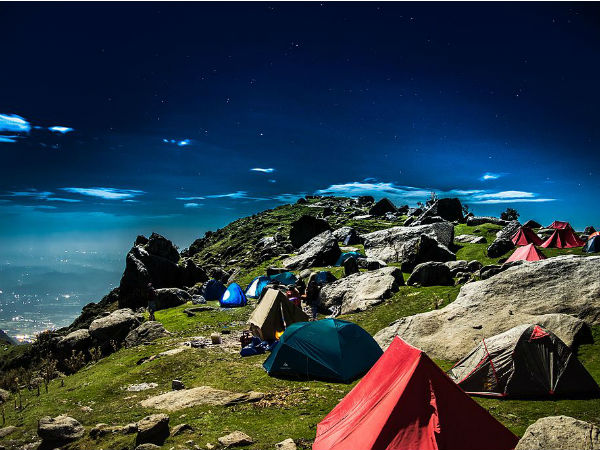 There is no better place to bid adieu to summer than in tourists hotspots of North India this June. Moreover, June is an exhilarating time; when the flowers bloom, and the blue skies complement the green valleys and the mountains. Nevertheless, summer in a few parts of India can prick one to the core, so we bring you a list of 10 best places to visit in June in North India where one can relax and unwind.

Rishikesh is one of the best places to visit in North India in June as the water of the Ganges River is clear yet shivering cold. As the temperatures soar in the plains, Rishikesh makes a perfect retreat for summer haters.

Soothing trekking experience in the hills of Auli is what you've been waiting for to try in June. A must-visit for all travellers, this place is famous amongst the Indian tourists and is known to be a ski paradise! You'll find plenty of apply orchids and oak trees here along with the mountain ranges of majestic Nanda Devi, Kamat Kamet and Mana Parvat.

A beautiful hill station of Himachal Pradesh, Kasauli is one of the most sought tourist places in North India in June. Much famed to have served as the resting place of Lord Hanuman, it was at this place that he was on the lookout for the famous life-saving herbs in the Himalayas. Set amidst the mighty Dhauladhar ranges, Kasauli is indeed one of the best places in North India.

Recognized as the Switzerland of India, Khajjiar should be on your list of good places to visit in North India in June. Surrounded by snow-clad mountains on all four sides and owing to its natural beauty, Paragliding in Khajjiar attracts a lot of travellers throughout the year.

In the words of Jahangir, if there's ever a heaven on earth, it's here" and having said that, he's true about Kashmir and its natural beauty. Whenever there's a mention of the best places to visit in North India in June, Kashmir always tops the charts being a natural paradise.

Located in the Dehradun district, Mussoorie is one of the famous tourist's destinations in North India in June which is considered to be the gem of Uttarakhand. Located in the Garhwali Himalayan ranges, Mussoorie is often recognized as the Queen of the Hills in Northern India. Located at 1880 meters above the sea level, places to visit in Mussoorie offer peaceful environs for everyone alike.

This little gem of Himachal Pradesh is one of the surreal places to go in June in North India. Encircled by mighty mountains and lush greenery, Dharamshala redefines the beauty of nature and holds the capability of surprising you with snowfall too. Enjoy sightseeing of the ever beautiful Dharamshala which is often combined with a journey to Dalhousie which is also one of the great places to visit in June in North India.

Comments
Read more about: north india june
Other articles published on May 20, 2021