Best Places To Visit In Bihar In August 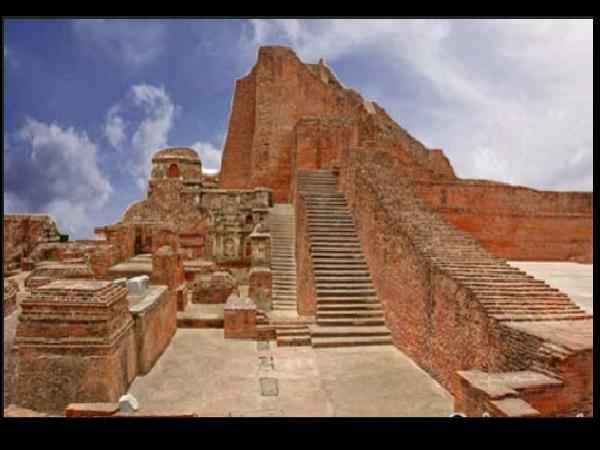 Bihar, one of the most underrated tourist destinations in India, offers a fascinating mix of natural bounties and archaic monuments. Also known as 'Vihara' in Sanskrit, which implies a religious community, Bihar boasts many forest reserves, tourists spots, splendid cascades and rolling hills. Be it monsoon, summer, or winter, Bihar welcomes people from all walks of life and ages and can be visited around the year.

Here are some of the best places to visit in Bihar in August!

Established in the 5th century A.D, Nalanda University is considered one of the world's oldest residential universities. Located about 95 km from the state capital, Patna, the ruins of Nalanda University was listed as a UNESCO World Heritage Site in 2016. It is said, during its time, the university had 1500 teachers and more than 10000 students sharing and acquiring knowledge. However, in the 12th century, the university was set on fire by Muslim invaders. And more than eight million manuscripts were reported to have been destroyed. If you visit the ruins of Nalanda University, you may come across many ornamental panels, stairways, stupas, and lecture halls; that showcases the marvellous history of the university.

Also known as the World Peace Pagoda, Vishwa Shanti Stupa was built in 1969, and it is one of the seven peace pagodas constructed in India. Vishwa Shanti Stupa showcases Japanese-style architecture and four different and important phases of Buddha's Life in the form of four statues of himself representing - birth, enlightenment, teaching, and death. If you are an aesthete, you will love this place.

In the ancient days, Bihar was known to be the land of knowledge, and Vikramashila was considered the pall-bearer of Indian knowledge along with Nalanda University. Though it was ransacked in the 12th century by Muhammad bin Bakhtiyar Khalji, it still displays some of the ancient architecture that will leave you awestruck.

According to the fables, Shesh Naga or the Snake King Muchalinda protected Gautama Buddha from the rising waves during a heavy storm while he was into the fifth week of meditation. And in the honor of Shesh Naga services, the lake has been named after him; Muchalinda. The sight of many beautiful birds resting by the banks and the lush green trees is an eye-pleaser. However, the main attraction is the sculpture. It depicts the hood protecting Buddha, representing Shesh Naga or King Muchalinda guarding Budhha during the heavy storm.

Located in Rajgir, Griddhakuta Peak mirrors the shape of the vulture, and consequently, it's called the Vulture peak. You can also observe a lot of vultures circling in great numbers. Since it is believed that Buddha subserved many sermons at the same spot, this well-known tourist spot in Bihar is considered sacred for Buddhists. The tracks formed by cutting stones and rocks lead you to two magnificient caverns. And for those who find the tour challenging, chairlift conveniences are available to go to the peak.

Most of us, if not all, are probably aware that Buddha blessed this forgotten marvel Land. Bihar is the place where Buddha started his journey to enlightenment. And it is said here in Bodhgaya under the famous Bodhi tree Buddha became enlightened; therefore, Bodhgaya is considered one of the most important Buddhist pilgrimages in the world. So, if you are one of the peace seekers or a history buff you must and should visit this place.

The archaic fort located in Buxar by the Ganges River was constructed in the 11th century AD. The carvings observed in the fort offers splendid views, and the structure of the fort is exceptional. While t the located, don't forget to visit some of the tourist attractions nearby, which include Nath Baba Temple and Gauri Shankar Temple.