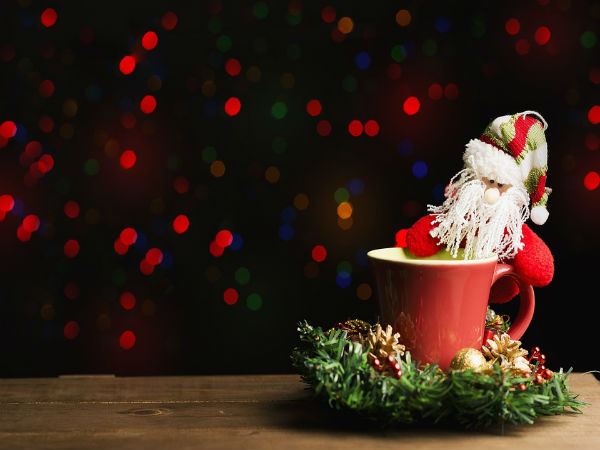 HO! HO! HO! Have been good throughout the year? Because it is that time of the year when Santa Claus comes to town. India is a country which does not celebrate Christmas like how the Western countries celebrate; however, we do have our own way of celebrating the festival and we truly love the way it is celebrated. In India, Christmas is celebrated with a spirit of forgiveness, love, grace and most importantly, the act of sharing.

As a matter of fact, there are quite a number of places in the country which celebrate the festival in a grand manner, with different customs and traditions that add an interesting flavour to the festivities. Hence, we bring before you some of the best places in the India which are well known for Christmas celebrations.

Thinking of white Christmas in India? If so, Manali is the right place for you to head to. This popular hill station is the perfect destination for those who would love to celebrate Christmas amidst snow.

During Christmas, Manali generally experiences snowfall which gives the visitors the opportunity to try their hand at skiing, making a snowman or simply throwing snow at each other.

The City of Joy becomes much brighter and livelier during the Christmas season. The aroma of fruit cakes and pastries fill the air and markets witness a large crowd. Even though Christmas is not a major celebration in Kolkata, the city, however, has an affection for it.

Park Street is one place which wears a festive look during this time; one would come across people from all communities who would come out to offer prayers and sing carols during the midnight mass in various churches.

The French influence in Pondicherry has indeed done some good. If you are looking forward to an enthusiastic Christmas celebration, which is also peaceful at the same time, then Pondicherry is the place for one to head to.

Like Goa, Pondicherry also has a sizable Roman Catholic population which contributes to the celebration of the festival in its own way. The holy masses on the day of Christmas in the various churches here is truly a sight one must not miss.

The city of dreams, Mumbai is yet another place in the country where the warmth of Christmas can be greatly felt. The bakeries of the city are replete with the best desserts of the season and the shopping malls wear a festive look.

To be specific, the suburb of Bandra is an area where the spirit of Christmas can be felt, as the place is home to a large number of Catholics whose homes and streets would be decked up with fairy lights and Christmas trees.

Goa exhibits an aura of celebration, especially when it comes to Christmas. With quite a sizable Roman Catholic population and a Portuguese legacy, Goa indeed celebrates the birth of Christ with immense devotion, pomp and show.

Fondly called the party capital of India, the place becomes livelier during the season of advent and one can actually feel the much spoken about warmth of Christmas.

The entire city is decked with poinsettia flowers and lights, and during midnight masses, people come in large numbers at the churches to sing carols which go on till the early hours of the morning.

It is a known fact that Kerala is home to a large number of churches and this makes it one of the best places to witness Christmas celebrations. Most of the streets in the state are decked up with lights and churches keep their doors open throughout the night.

With restaurants offering a wide range of food and drinks on heavy discounts, one would come across a local touch to the celebrations which is something one must witness.

Adding further to the beauty of the celebrations are the beautiful beaches and serene backwaters, where one would surely love to spend some time.