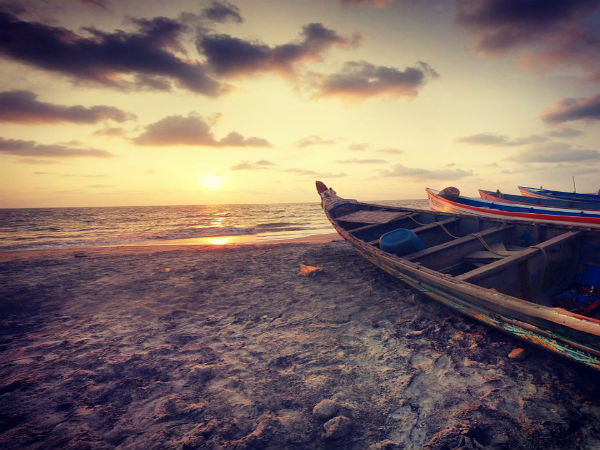 Kerala is one of the most popular tourist hotspots in the world! Whether you are looking for a gastronomic treat, adventures, or just casual retreats; Kerala offers so much to see and do that you will easily feel at home.

The god's own country is welcoming, and it is an idyllic recreational haven for all tourists, as there are a lot of assorted places. From serene and stunning backwaters of Alleppey to tropical rainforests and ancient temples, Kerala is just an incredible destination to visit in India this 2020.

The best time to visit Kerala is during Winter season i, e from September to March. With comfortable and pleasant weather, Kerala offers the best climatic conditions during wintertime to traverse around the state.

The history of Kerala is incredibly vibrant and diverse, and it's packed with anecdotes of old kingdoms in the form of old forts and ruins left behind after their fall. Bekal, an ancient city of Kerala, is one of the most visited honeymoon destinations in Kerala.

Bekal used to be an important trading post in this part of the world during the British imperial rule, in addition to that it was also a centre for arts, literature, and religion, which is what most of the forts and ruins are all about.

In Bekel you'll find plenty of enormous archaic temples, like Mallikarjuna Temple and Ananthapura Temple, to name a few, whose silhouettes shape the twilights and evokes a lost feeling of grandeur.

Kozhikode is the single-most visited place in Kerala, and it's a large town that offers just about anything and everything for people from all walks of life.

It's considered the pillar of tourism in Kerala, and even though it might often feel like a place filled with sightseers and tourists; however, it is perfect for a visit. Kozhikode is an excellent mix of urban and outdoor things to do.

You'll be able to explore, discover, and consequently fall in love with Kerala's culture. There is no lack of things to do in Kozhikode, and it's truly one of the most excellent places to visit in Kerala.

Vagamon is a charming little hill station located about 94 Km away from the Kochi International Airport- and for such a small hamlet, there is surprisingly a large number of activities to indulge in and places to explore.

The entire atmosphere of Vagamon is very calm and relaxing, and it is considered more like a retreat in the middle of Kerala, where peace-lovers go to relax.

Some of the recommended things to do in Vagamon are exploring the Vagaman lake, Maramal Waterfalls, and traversing across this beautiful hill-station with a motorbike amidst impressive nature bounties in the company of some of the friendliest folk you'll ever meet.

Kerala is known for its lush tropical paradise feel, and while there are a million spots to visit in god's own country, a very few are, as vigorous, beautiful, and relaxing as Alleppey.

Alleppey is one of the most visited tourist locations in Kerala, and it's sparsely populated in contrast to many of its counterparts. Unlike many of the other places in Kerala, Alleppey is not too urban. You will find some of the most enchanting backwaters in Alleppey, as well as pure and almost untouched nature, which makes it one of the most beautiful places to visit in Kerala.

The Vembanad lake flowing across this district is environed with lush yet serene forests and stunning river islands. Stay at houseboats, Kayaking, and hiking, are some best things to do in this backwater paradise.

From surfing and horse-riding to sandy seashores and hills, the beautiful beach paradise offers the best of natural bounties.

Varkala is a laidback and desirable destination, one that extends a lot more fun-filled water adventures than it may initially lead on.

It's an idyllic destination for honeymooners on all budgets because there's just so much to see and do. Since it's not as visited as many beach destinations like Goa or Puducherry, it's not as developed as its counterparts, but that gives it a much more comfortable and modest vibe.

During the off-season, the long and empty beaches are excellent for relaxation, and the roads are ideal for taking a bike trip. Moreover, the food is also remarkably good, as there are restaurants that serve popular and traditional recipes from centuries ago. Varkala is a destination that you'll unquestionably want to stay for as long as possible.

Even though Kovalam is one of the longest coastlines in Kerala, it has the feel and ambience of a much smaller one. That's because the sea-sides are barely inhabited, besides the local fishing communities.

Its main draws are the serene beaches pure relaxation. There are many resorts in its vicinity, and roads are well-maintained, making it an ideal weekend getaway for urban dwellers. Moreover, the quality of the beach is so good that it's entirely worth visiting this beach paradise, even during the off-season.

Wayanad is one of the quietest and most relaxing hill-stations in Kerala. Thus, it is said to be one of the main attractions in the state for many decades.

Since it boasts verdant hills and viewpoints, Wayanad at present is just the ideal place for those that want to get away from the hustle and bustle of modern Kerala. The views are remarkable and are arguably the main draw of this hilly-retreat. You may also enrol in cooking classes, go trekking, or relax by the hills while watching the sunset.

Tholpetty occupies just a small part of Wayanad Wildlife Sanctuary, and it is one of the lesser-visited natural attractions in Kerala. Far-famed for hosting a diverse set of exotic flora and fauna. Tholpetty is a must-visit in 2020.

Tholpetty is home to a wide variety of wildlife such as elephants, tigers, bears, monkeys, and many more. On top of being one of the most primaeval rainforests in India and a viable home to some of the world's largest mammals, Tholpetty is the most recommended destinations by Nativeplanet for tourists and travellers in India, this 2020!

As a firmly provincial town with obvious Dutch and Portuguese influences, Kochi is ideal for those who don't know what to do in Kerala but prefer to have a relaxing and calm time. This urban town is relatively big, compared to its other counterparts.

Kochi is synonymous with Kerala's culture, where it has far more tourists as it focuses more on International tourism rather than domestic.

Most of the visitors are from the middle east and Europe, which is why there is an almost diverse culture in this town, unlike other calm and quiet havens in Kerala. On the other hand, sightseeing, indulging in authentic local cuisine and learning the backdrop of its rich history are some of the best things to do in Kerala.

Thekkady is a wildlife wonder hidden amidst natural vegetation and thick forests, thus making it one of the most desirable forest destinations in Kerala. You get to see the unknown and nearly extinct species of animals including lion-tailed macaques, sambars, tigers, and gaurs. Also, there are lions, elephants, deers, bison, boars, and the Great Indian tigers. Apparently, one of the most favoured among Kerala's wildlife hotspots, Thekkady hosts lavish beauty and exotic wildlife. Its trekking path from Thekkady Gavi to Moozhiyar to is one of the most ventured trails in South India. Wildlife observation and Boating are a few of the popular pastimes in Thekkady.

Comments
Read more about: kerala travel
Other articles published on Jan 6, 2020
We use cookies to ensure that we give you the best experience on our website. This includes cookies from third party social media websites and ad networks. Such third party cookies may track your use on Nativeplanet sites for better rendering. Our partners use cookies to ensure we show you advertising that is relevant to you. If you continue without changing your settings, we'll assume that you are happy to receive all cookies on Nativeplanet website. However, you can change your cookie settings at any time. Learn more
Change Settings Continue