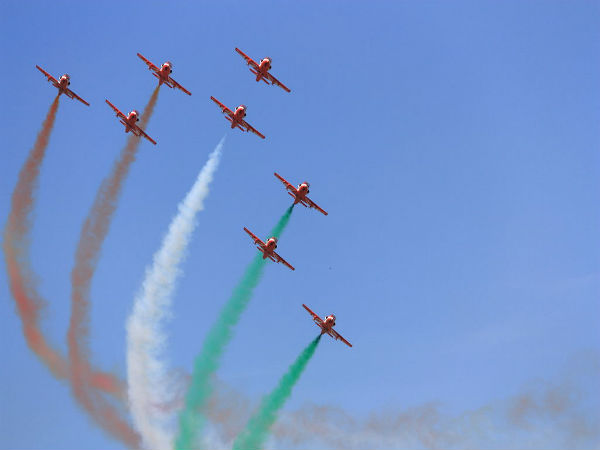 As we are aware, every part of India has observed a freedom movement ere Indian independence! Hence, there is an umpteen number of actual historical sites in the country that can be visited this Republic day, to celebrate the spirit of India.

Read this article to decide on places that will make a good vacation this Republic Day!

Whenever we talk about Republic Day, Delhi paints the right picture with views of many heritage monuments and landmarks. Delhi is the place where Dr Rajendra Prasad, our first President, gave his first Republic Day speech. Also, attractions like Red Fort, India Gate, Raj Ghat and Gandhi Memorial acts as memory tokens of the liberation movement.

Allahabad, recently renamed Prayagraj, is a fascinating place to visit and enjoy Republic Day observances. The streets in the town are filled with stalls trading various items signifying the arrival of this nationalistic festival. Partaking in this occasion can bring ardour of patriotism in you. The Chandra Shekhar Azad Park in Allahabad has a significant association with the Indian freedom movement. Tricolour bands, tricolour tattoos, and different sizes of the Indian national flag are widespread on this memorable day in the city.

Ahmedabad observes a monumental celebration on the special eve of Republic Day with surveillance cameras and strict securities. Sabarmati Ashram a.k.a Satyagraha Ashram; based on the banks of the Sabarmati River, is one of the epicentres of the freedom movement. At this spot, Mahatma Gandhi called activists to join his campaigns and demonstrations for the freedom of India. Being at this place on Republic Day can remind you of those days when our freedom fighters strived for our independence.

Like it or not, Kolkata was one of the significant hotspots during the British Raj and still has a colonial appeal. However, Kolkata has been a land of many nationalists. A weekend in Kolkata on Republic Day can be as bright as visiting it during Dussehra or other festivals. 26 January is an extravagant affair in Kolkata, like other cities in India. It was here in Kolkata, freedom fighter Mangal Pandey raised his voice and started the first revolution against the British Raj, which led to the first war of independence in 1857.

Punjab has given some of bravest fighters in the history of the freedom movement of India. And Amritsar, the capital of Punjab is home to two of the most notable places that can awaken the patriot in you - Wagah Border and Jallianwala Bagh. Amritsar observers high-security alert a week before 26 January. Yet, amidst all the security and surveillance, Amritsar turns out to be an excellent place to visit on Republic Day due to the numerous parades and activities taking place out there.

Port Blair is home to the infamous colonial prison - Cellular Jail; where Indian freedom fighters and activists were sent for hardcore isolation. Rumours have it that, many rebellions were executed here by the British. Presently, this notorious landmark serves as a national memorial monument! However, by visiting this historical monument, you would realise that the cost that our heroes paid to grant us this freedom is unprecedented.

Republic Day in Mumbai is observed amongst tight securities with much enthusiasm, devoted feelings and spirit. Many grounds are occupied by schools and organisations to celebrated Republic Day; with events like parades, fireworks and musical concerts. You can come across several places in Mumbai that can remind you of everything about the Indian independence movement.

Comments
Read more about: republic day india republic day 2020 patriotic places travel
Other articles published on Jan 20, 2020
We use cookies to ensure that we give you the best experience on our website. This includes cookies from third party social media websites and ad networks. Such third party cookies may track your use on Nativeplanet sites for better rendering. Our partners use cookies to ensure we show you advertising that is relevant to you. If you continue without changing your settings, we'll assume that you are happy to receive all cookies on Nativeplanet website. However, you can change your cookie settings at any time. Learn more
Change Settings Continue