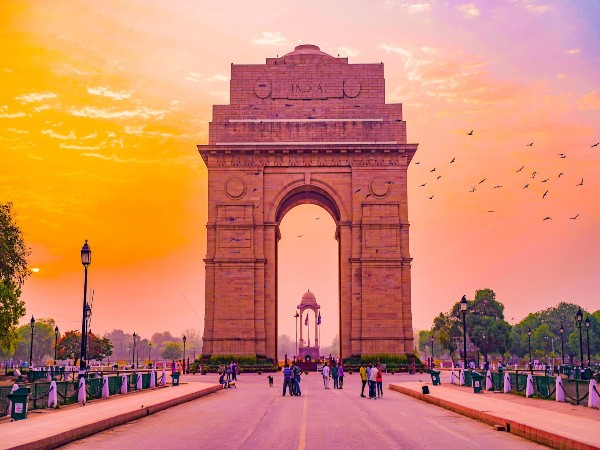 Here Is The List Of Easy Long Weekend Getaways From Delhi:

Dalhousie is a small town in Himachal Pradesh, India and it can be a perfect gateway from Delhi. The town is known for its historical significance and picturesque architecture. The town is famous for its beautiful landscapes, bazaars, and majestic hill stations. It is made up of two parts: Old Dalhousie and New Dalhousie. The main attraction in this town is its lush green surroundings, which are dotted with orchards and gardens.

Jaipur is a city in the state of Rajasthan, India. Jaipur is famous for its palaces, forts, and forts and has been named a UNESCO World Heritage Site. In the ancient city of Jaipur, you'll find a wealth of history and culture. Jaipur is a popular tourist destination, which includes Amber Fort (Jahaj), Hawa Mahal (Palace of Winds), City Palace and City Park, City Market, City Palace Museum, Amber Museum, Jaigarh Fort (Red Fort), Jantar Mantar Observatory, Lotus Temple.

In Pushkar, Rajasthan you'll find the Pushkar Lake and its sprawling gardens, which are home to over 1000 water fountains that shoot water into the air at night. This is one of the most popular tourist attractions in India, with nearly 1 million visitors each year!

The Shekhawati region is one of the most sought-after destinations in Rajasthan, especially for those who want to experience authentic Rajasthani culture and lifestyle. The area is famous for its exquisite beauty and spectacular landscape. The place is also known for its dunes, jheels (cliffs), lakes, and waterfalls. The best time to visit Mandawa is during winters when temperatures are milder than in other seasons.

Orchha is a small town in Madhya Pradesh that is famous for its rich culture and tradition. The best time to visit Orchha is between October and March.Tourist attractions in Orchha include Orchha Fort, Raja Ram Temple, Chaturbhuj Temple in Orchha, Laxminarayan Temple, Phool Bagh, and Shahid Smarak.