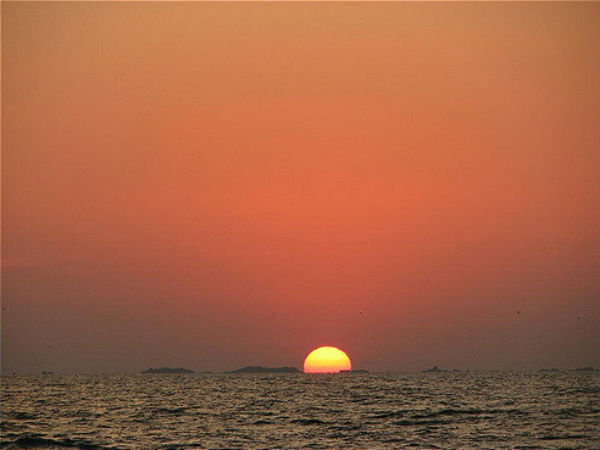 Enticing 'Karavali' (coastal regions) has an essence of its own in Karnataka. Pristine beaches stretching from Mangalore to Karwar are the main attention seekers in the state. Whether you are a beach person or not, sea never disappoints you! A journey that takes you to some of the best beaches is a must in Karnataka.

Not just the popular beaches but also several virgin beaches in Karnataka are worth a visit. Shall we put our exciting steps towards the picturesque Karavali?

One look at Kapu or Kaup Beach is enough to feel the 'wow moment'! The sound of the waves and the tall lighthouse will grab your attention. Small rocks here and there with a vast shore makes you instantly fall in love with this beach.

Waves hit hard as the Sun sets drowning the sky in orange-yellow. Climb the curvy steps towards the top of the lighthouse and get a splendid view of the sea! Kapu, a small coastal town in Udupi is the one for a perfect day out!

It looks like someone (some supreme power) has drawn 'Om' in the Om beach. Two semi-crescent shaped rocks join resembling the Hindu religious symbol 'Om'. Hence, it is known as Om Beach. A few fishing boats and the shores surrounded by greenery is alluring. Don't miss out on this scenic tourist place in Gokarna.

Panambur Beach is a 'mini Goa' in itself; always bustling with activities. Isn't it exciting to try some breath-taking water sports in such an ambience?! A visit during the International Kite Festival will fill you with good memories too. As if it is not enough, you can also go on a dolphin boat to witness the cute dolphins jumping around the sea! The New Mangalore Port (Panambur) is worth your time.

Drenched in the splashing waves while building a sand castle is such joy, isn't it? Hop around the beaches and listen to the music of waves!