7 Beautiful Places Around Varanasi You Must Plan A Visit To 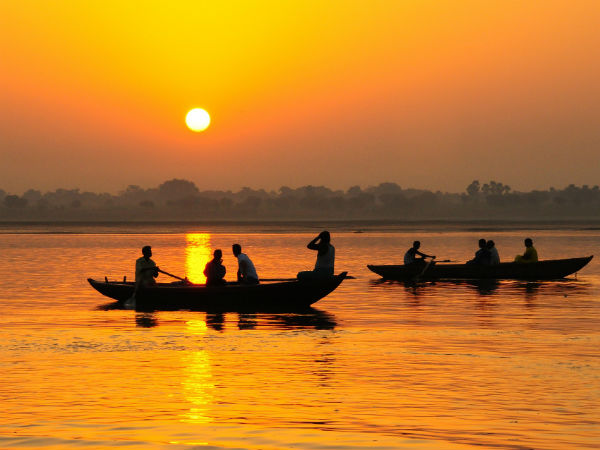 Popularly known as Benaras, Varanasi is a site of great historical as well as religious significance. As per ancient Hindu texts and locals legends, the city is one of the oldest continuously inhabited cities in the world and is said to have been established thousands of years ago. As it is located on the banks of the holy river Ganga and is home to numerous age-old temples and pilgrimage sites, it is visited by millions of pilgrims every year. Therefore, it is also sometimes referred to as the spiritual capital of India. It is also said that if you are looking forward to attaining salvation in your life, then a visit to Varanasi is a must.

So, if you have already explored the beauty of Varanasi and are looking to witness its beautiful surroundings, then this article is definitely for you. Here, we discuss the 7 most beautiful and must-visit destinations around Varanasi. Let's move on and find in detail about them.

One of the four most significant pilgrimage sites in Buddhism, Sarnath is a must-visit getaway for those who love exploring history and learning about the legends of the bygone era. Sarnath is said to be the site where Lord Buddha gave his first teaching to his followers after attaining enlightenment. Therefore, it has become a prominent pilgrimage site amongst Buddhists.

It is also known as Isipatna and is famous amongst tourists for the incredible Dhamek Stupa, an ancient structure dating back to the late 5th century. Dhamek Stupa is said to have housed the remains of Lord Buddha. Here, you can also visit the nearby village of Singhpur, which is also an important religious site as it is the birthplace of Shreyansanath, the 11th tirthankar in Jainism.

The capital city of Bihar, Patna is another beautiful getaway from Varanasi where you can spend a relaxing weekend. Unknown to many, Patna was established thousands of years ago and is said to be the oldest city in the state. It was once the capital of the Magadha Empire.

The second largest city in Bihar, Gaya is surrounded by beautiful rocky hills and is settled on the banks of the Phalgu river. As it is believed to be the place where Lord Buddha gained enlightenment, it is of great religious importance amongst Buddhists. Did you know that Gaya has also been mentioned in the epics of the Ramayana and the Mahabharata?

Therefore, it wouldn't be wrong to say that Gaya is a must-visit site for every traveller out there who always looks forward to scrutinising the history of India. The beautiful Mahabodhi Temple is a UNESCO World Heritage Site.

The birthplace of Lord Rama, Ayodhya is one of the most significant pilgrimage sites in Hinduism. From temples dating back to centuries to relaxing river ghats, there is a lot to explore within its boundaries.

The city is located on the banks of the river Sarayu, which has also been mentioned in the epic Ramayana. Apart from these beautiful river banks where you can get lost in serenity, the major tourist attractions here include Hanumangarhi, Kanak Bhavan Temple, Ramkot and Nageshwarnath Temple.

If you are very much fond of waterfalls and looking forward to spending your weekends in seclusion, then Rewa is a perfect weekend getaway from Varanasi for you. As it is only popular amongst domestic tourists, you can explore its surroundings without any disturbance from the tourist crowd.

It is one of the historical places around Varanasi which is also home to beautiful natural sites. The major places which can be explored here include Rewa Fort, Chachai Falls, Purwa Falls, Keoti Falls and Bhairon Baba Temple.

Another destination known for its temple, Chitrakoot is located in Madhya Pradesh and as per ancient Hindu texts, it is said to be the place where Lord Rama, along with his wife and brother, stayed for a while during his exile. Chitrakoot is also known for its Ayurvedic and yoga centres.

Recently, Allahabad has been restored to its original name and is now officially known as Prayagraj. It is one of the few cities in India which fall under the category of the oldest living cities in the world. Therefore, it is a place of great historical importance like Varanasi.

As it is located at the confluence of three holy rivers, i.e., the Ganga, Jamuna and Saraswati rivers, it is also of huge religious and cultural prominence. Today, it is mainly visited by Hindu pilgrims and history lovers. The major places which can be visited here include Allahabad Fort, Anand Bhavan, Triveni Sangam and Khusro Bagh.