Top 5 Beautiful Lakes In India You Should Not Miss 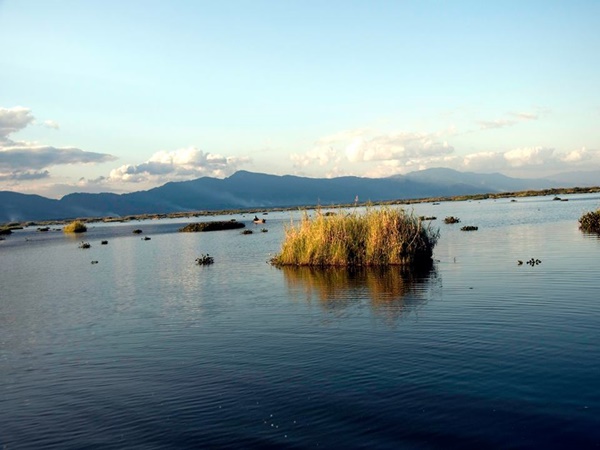 India has a large number of beautiful lakes and great rivers spread all over the country from Kashmir to Kanyakumari. If you are a passionate traveller and enjoy nature, visiting some of the lakes from our list can be an extraordinary and a once in a lifetime experience.

Here is a list of the most beautiful lakes in India, which are not only wonderful tourist spots but also a place for water and adventure sports.

Reckoned to be the heartbeat of Srinagar, Dal Lake is the finest manifestation of the power and beauty of nature. This picturesque lake is spread over a large area of 26 sq km and is one of the major tourist attractions in Srinagar.

The lake is set against the backdrop of the mighty Himalayas and is known for its houseboats and 'shikara' or wooden boat rides. The houseboats at the Dal Lake take tourists around on smooth rides around the lake while the 'shikaras' offer ferry rides to and from the Dal Lake to the houseboats.

Overnight stay in a houseboat is an experience of a life time. A usual houseboat consists of a front balcony, a drawing room, a dining room and three bed rooms with attached toilets. Some of the houseboats even have a small terrace.

Daily needs and small nick nacks can be bought from the floating markets which are the shikaaras selling selling their merchandise from house boat to house boat.

Chandratal Lake is one of the most popular spots in Spiti, which is visited by tons of people every year during monsoon.

The Chandratal Lake is at an altitude of about 4300 metres and is one of the high-altitude lakes in the Indian Himalayan region that is located in the Spiti valley.

The Chandratal Baralacha Trek is one of the popular alpine treks in Himachal Pradesh that is filled with surprises at every turn. Baralacha La, at an elevation of 4,890 metres and lying on the Leh-Manali Highway, is one of the high-altitude motorable mountain passes that connects the Spiti, Ladakh, Zanskar and Lahaul regions.

Reportedly camping will not be allowed near the Chandratal Lake in Spiti. In a move to save the ecology of this popular spot, the local panchayat has imposed the said ban.

Loktak Lake the largest freshwater (sweet) lake in North -East India, also called the only Floating lake in the world due to the floating phumdis.

The term phumdis refers to a collection of heterogeneous mass of vegetation, soil, and organic matter at various stages of decomposition. Resembling miniature islands, these phumdis are found in various forms, floating on the lake.

Being one of the biggest lakes in Haryana, Damdama Lake forms a depression in the Aravali Range. The lake is mainly rain fed by the monsoon; therefore, it's best to visit the lake between July to September.

It is a habitat for almost 190 species of birds that include local and migratory birds; therefore, don't forget to grab your binoculars when you head to this picturesque getaway near Gurgaon.

Damdama lake is a perfect place for fun-trip. Kayaking, parasailing, angling, cycling, fishing, hot-air ballooning, rowing and nature walks are some of the delights of the Damdama Lake.

At an altitude of 17000 ft, Gurudongmar is one of the highest lakes in the world. It lies in the North side of the Khangchengyao Range and is encircled all around by snow-covered mountains, the sacred lake freezes during the winters except at one spot, which the devout belief has been especially blessed. The Chinese Tibetan border is just a few kilometers away from the lake.

Gurudongmar Lake is one of the highest lakes in the world. The pristine lake is so blue and clean that a clear reflection of the snow-capped mountains can be seen on the face of it.