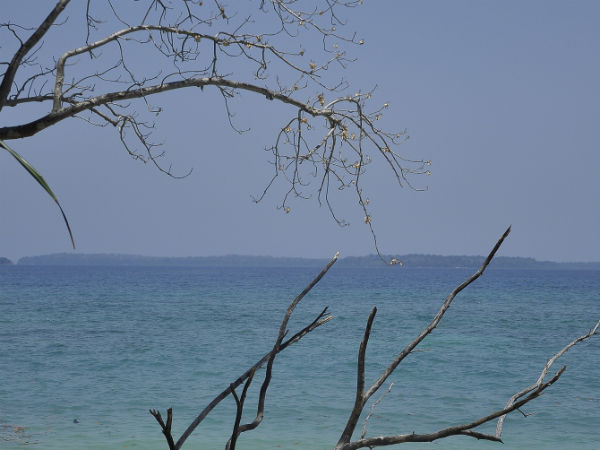 "People running out of a falling island, escaping the weird animals and trying to come out safe from the oozing orange liquid ", we all might have seen these stuff in some movies. Here in the Barren Islands, it is a bit like a thriller movie in itself, situated at the far eastwards of Andaman Islands.

A view of the Barren Island
Photo Courtesy: Poonam Agarwal

Barren Island lives up to its name, is empty and awe-inspiring; isn't it exciting to know about the only active volcano in South Asia?

You might ask why should we even go to a place like that, to die?! Actually, no! Barren Island is much more than that. Since it is secluded, the island is not crowded or commercialised. Barren Island is for those who are in search of some stupendous adventure; the blue waters surrounding this lonely island is a divine thing in itself.

More than that, it is the underwater which you should explore. The sea around the Barren Island is known to be one of the top scuba diving destinations in India. The vibrant coral gardens, crystal clear water with a number of colourful marine life takes you to a different world.

The first volcano which erupted in 1787, has been pretty active at the Barren Island. The eruption has taken place more than ten times over the years. The basaltic rock formations created by the volcano is also one of the prominent attractions here. These rock formations make a scenic picture of this island.

Where is Barren Island?

The only way to reach Barren Island is the ship and first tourists should acquire permission from the Forest Department. Beginning from Port Blair Jetty, it is around 145 km to Barren Island. One can also sail from the Havelock Island with services on request.

A voyage to this uninhabited island is just magical; the Barren Island is entirely barren, but tourism has increased owing to its captivating beauty in the Andaman Islands. It is a paradise for advanced level divers who crave for exploring the underwater world. The magical landscapes of the Barren Island are for those who want to escape the crowded destinations and want to have a meditating time. Of course, you need to be a little bold to explore this mystifying world!