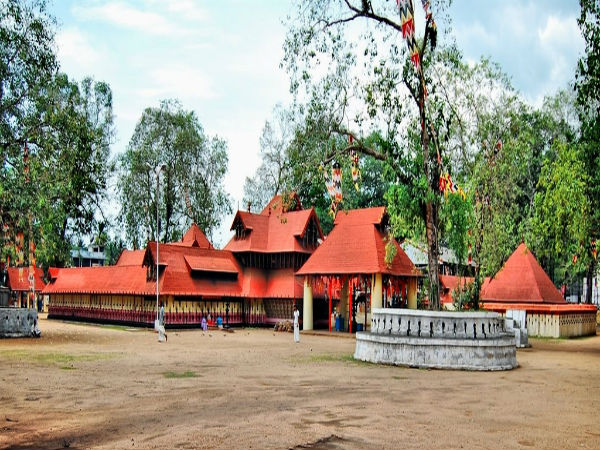 India is a country which would take you for a mystical journey, if you come seeking to tour through the spiritual and religious bylanes of the country. The country is diverse in its religious faiths, languages, cultures, traditions and customs. India is definitely an intriguing destination for those who are interested in studying and understanding its spirit. With countless temples dotting the landscape of the country, it's no surprise it attracts mystics and spiritual followers and history buffs alike.

From Kedarnath to Sabarimala, the temples in India do offer a sense of mysterious solace and tranquillity to every worn-out soul. Countless people from across the globe come in large numbers to these places of worship in India; some with prayers in their heart, some with tears in their eyes. Have a look at some of the ancient shrines in the country and make up your mind as to which one to visit first.

Dedicated to the divine couple Shiva and Shakti, this shrine is considered as the oldest functional temple in the world. Said to have been built during the Saka era, the Archaeological Survey of India dates the structure to 108 AD.

Built in the shape of an octagon, which speaks volumes about the rare style of construction, it is one of the fine examples of the Nagara style of architectural style.

The temple came to light only in the year 2005 after the 2004 tsunami, which hit the coast of Tamil Nadu. Archaeologists believe that the shrine must have been dedicated to Murugan, due to the presence of a stone Vel and the divine spear of Muruga.

The ruins showcase the mix of two structures, one which belongs to the 9th century Pallava era and the other dating back to the Sangam era of the 8th century.

Dedicated to Bhadrakali, the temple is also known as Sree Kurumba Bhagavathy Temple. The exact date the temple was constructed remains unknown. Some believe that the idol of the goddess was installed by Cheran Senguttuvan of the Chera dynasty.

However, there are many speculations relating to the origins of the shrine. Locals say the shrine was initially a Shiva temple and the idol of the goddess was installed later by Parshurama; few others say the temple was a Buddhist stupa. All said, nobody knows exactly how old the temple would be.

A UNESCO World Heritage Site, the Konark Sun Temple was constructed in the 13th century by the rulers who belonged to the Eastern Ganga dynasty. Dedicated to Sun God, the temple is a 100 ft high chariot with 12 giant wheels and seven horses, which are all carved out of stone.

However, a major portion of the temple is now a ruined structure and a large tower over the sanctuary has fallen down, which rose much higher than the structure which remains now.

Situated in Pushkar, is one of the very few temples which is dedicated to Brahma in the country and remains the most important amongst the others. The shrine is believed to have been built by sage Vishwamitra and is also said that Brahma himself chose the location.

However, in the 8th century Adi Shankaracharya renovated the temple. The present structure dates to the 14th century; it was restored by Maharaja Jagat Raj, who made a few additions to it but the original design was retained.