Anant Chaturdashi 2021: Temples Dedicated To Lord Vishnu And His Avatars In India 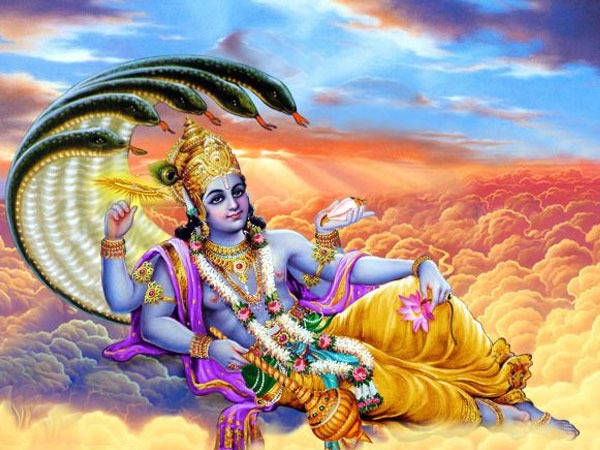 Anant Chaturdashi has two major significance. The first is that of Ganapati Visarjan i.e., immersion of Ganpati. Also on the day of Anant Chaturdashi, the festival of Ganpati ends, the installed idols of Lord Ganpati are carried to a lake, river or sea in great parades pr processions to be submerged in the waters. Thus Lord Ganesha is withdrawn, only to be embraced the next year with equal enthusiasm.

And to celebrate this Anant Chaturdashi 2021, you can visit one of these famous temples dedicated to Lord Vishnu and his avatars.

Also kenned as Birla Mandir and with the idol being revered as Narayan this temple was built in 1939 was inaugurated by Mahatma Gandhi after its completion. Spread over a large area of 6.5 acres and home to several lovely fountains, shrines and gardens this temple is one of the most prominent tourist attractions in Delhi. The temple offers a tranquil and pure environment and also consists of miniature shrines devoted to various other gods like Buddha, Ganesh, and Hanuman Ji.

This is unquestionably one of the most notable and prominent temples devoted to Lord Vishnu in the avatar of Badri. Every year the temple spectators a huge footfall of adherents from all over the world. All looking to immerse themselves in some holy enlightenment and attain nirvana by taking a plunge in the sacred river of Alaknanda flowing past it.

Constructed on a stretch of 156 acres, positioned in the town of Srirangam and famous for its beautiful architectural illustration, this temple has the most magnificent temple in India and one of the most comprehensive in the world. Built in the year 1987 the idol of the presiding deity is in the reclining form of Lord Vishnu. More than 50 shrines are sanctified to gods and goddesses other than Lord Vishnu and his avatars.

Famous for being one of the most striking temples in India with a gleaming golden outer layer this is one of the most important Vishnu temples in India. Featuring towering high Gopurams and representing an artistic infusion of Tamil and Kerala style of architecture the temple has always drawn the attention of Hindu devotees and avid Vaishnavites. Recently the temple was brought into the news since its secret underground chambers were opened which contained trillion dollars worth of gold coins, statues, thrones etc. the third vault (B) still remains a mystery since the head priests over there decided that this will be a destructive omen on the people doing so. Even if you are not a religious individual you can go there for its historical, mythological and mysterious importance.

Famous for its traditional Rath Yatra all over India along with being one of the prime pillars for the Chardham Yatra of India which was established in Puri by the great 8th-century sage Adi Shankaracharya Jagannath temple is deemed for being one of the most incredibly spiritual homes dedicated to Vishnuji. The temple is created in the form of intricately made chariots which is a great work of art and represents the level of architectural brilliance back then. The temple radiates immense amounts of devotion and positivity from its location right next to the sea which creates a natural aura of spiritualism. People throng here since it is believed that anybody who witnesses the idol of the presiding deity on a face to face level then they is believed to be granted Moksha.

Perched on the scenic hill town of Tirumala amongst the stunning greenery is this stark white temple which also goes by the name of Tirumala / Tirupati temple. The temple is dedicated to Sri Venkateswara who is an incarnation of Lord Vishnu and is said to have appeared here during Kalyug to save mankind from various troubles. In terms of donation, this is considered to be the richest temple in India is equally popular among Hindu devotees who make their way from different parts of India to offer their prayers to the lord. The magnificently towering peaks are exquisitely carved and shine bright amongst the natural beauty and can be spotted from far away.

Situated in Nathdwara this temple site is one of the most important pilgrimage centres especially for the Vaishnav communities. The divine form of Shrinathji is believed to have been self-manifested here and the idol of the presiding deity of Krishnaji was brought here during the 17th century. The temple is also filled with some of the most mystical and spiritual centres for Vishnu Ji with a historical account dating back to the time of Meera Bai. Apart from this, the temple is also famous for its massive culinary feasts which takes place during various special and auspicious occasions where the temple throngs with numerous devotees from all over the world.