Nativeplanet
»
Travel guide
»All You Need To Know About Thiksey Monastery

All You Need To Know About Thiksey Monastery

Even though the tourism in the state of Jammu and Kashmir is dependent on its scenic beauty and surreal locations, it is rightly said that the charm of this paradise is certainly incomplete without the presence of monasteries.

Ladakh is one the few places in the state which is dotted with several monasteries. One such amazing monastery is Thiksey Monastery, which is located atop a hill amid the beautiful terrains of the Indus Valley; it is one of the largest monasteries in Jammu and Kashmir and is also spelt as Thiksay or Thikse. Read on to know more about this marvellous monastery. 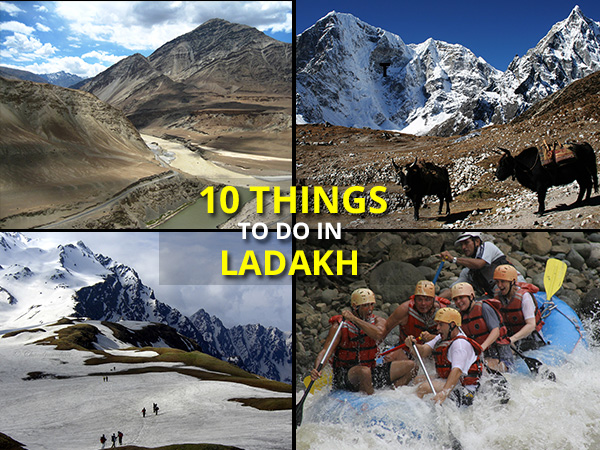 Also Read: 10 Things You Should Definitely Do When In Ladakh

A Little Bit About Thiksey Monastery

Thiksey Monastery is located in the Thiksey village of Leh district in the Ladakh region of Jammu and Kashmir. It is the largest gompa in the region and resembles the Patola Palace which is located in Tibet. With an elevation of around 11800 feet, it is also one of the high-altitude gompas in India. Being a 12-storey building, it is home to several stupas, paintings and halls. 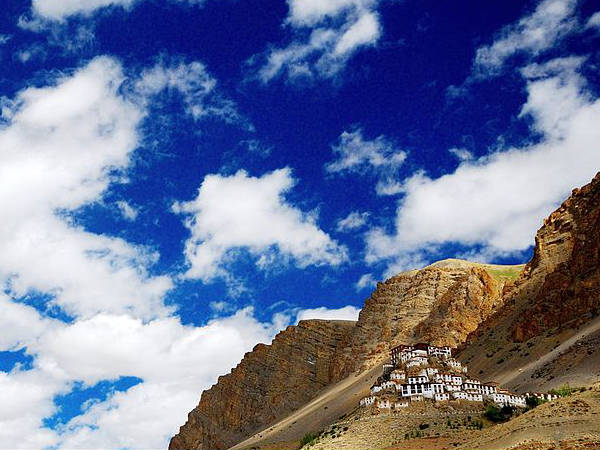 The Formation Of Thiksey Monastery

There is an interesting legend related to the formation of Thiksey Monastery. It is said that Palden Zangpo and Sherab Zangpo, disciples of a Buddhist guru, were performing rituals at a small village-monastery in the northern side of Indus Valley. When they were about to throw the torma offerings in the valley, a crow came out of nowhere and carried the torma with it. Upon searching, the disciples found those torma offerings on a rock, where, later on, they built Thiksey Monastery.

Today, it is one of the most prominent monasteries in India and is visited by several monks and tourists every year. Apart from scrutinising its architectural formation, there is a lot to explore within its boundaries. 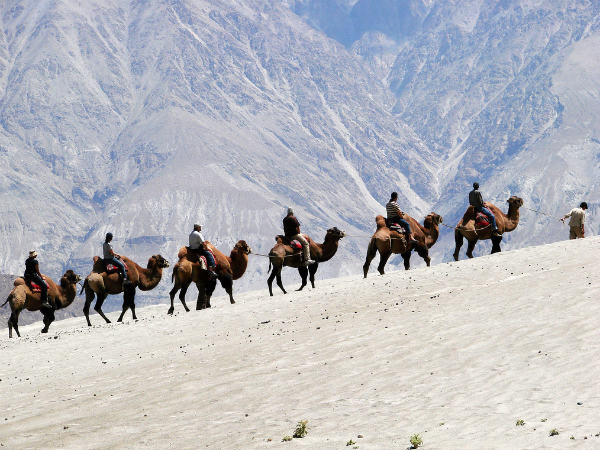 Places Of Interests At Thiksey

Being a 12-storey building and one of the oldest gompas, Thiksey Monastery possesses some timeless beauties. The major things which can be studied and witnessed include wall paintings, statues and stupas. The architecture of the monastery complex is also something which cannot be ignored.

Beautifully built on a hill slope with large courtyards, Thiksey Monastery is painted in red, yellow and white. The major place which attracts numerous monks and tourists towards it is Maitreya Temple, which is dedicated to Lord Maitreya, who is considered as the future Buddha. You can also visit several other places, such as Assembly Hall, Tara Temple and Lamokhang Temple. 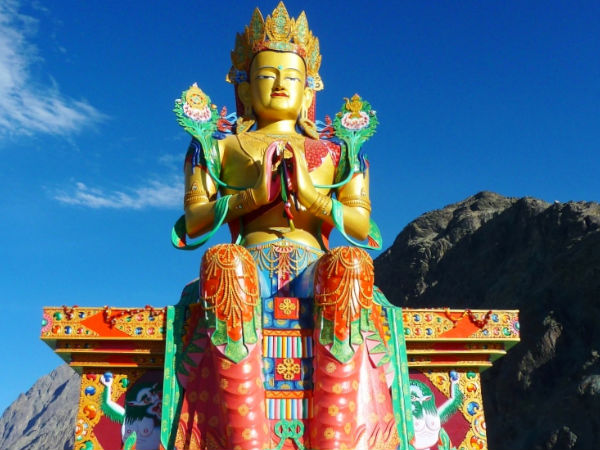 Read All About Buddhist Monasteries In Jammu And Kashmir

Why You Should Visit Thiksey Monastery

If you love exploring new things and moving off the track, Thiksey Monastery is the place where you should be this weekend. Apart from learning about the in-depth history of the monastery, you can also explore its beautiful surroundings. From mountains to beautiful plains, there is a lot to capture at Thiksey. So, why not visit this alluring place this season?

How To Reach Thiksey Monastery

By Air: You can take a direct flight to Leh airport and then from there you can hire a cab to Thiksey Monastery. Leh is located at a distance of around 20 km from Thiksey.

By Rail: As the nearest railway station is at Jammu Tawi at a distance of 700 km, it is not a preferred means of transport.

By Road: Thiksey Monastery is easily accessible by road. However, during the winter season, you might encounter several blocked roads due to heavy snowfall.

Comments
Read more about: india travel tourism monastery ladakh leh jammu kashmir hills valleys
Other articles published on Apr 5, 2018
We use cookies to ensure that we give you the best experience on our website. This includes cookies from third party social media websites and ad networks. Such third party cookies may track your use on Nativeplanet sites for better rendering. Our partners use cookies to ensure we show you advertising that is relevant to you. If you continue without changing your settings, we'll assume that you are happy to receive all cookies on Nativeplanet website. However, you can change your cookie settings at any time. Learn more
Change Settings Continue