Nativeplanet
»
Travel guide
»Ahmedabad To Kumbhalgarh – Why Not Take A Break Amid Historical Corridors?

Ahmedabad To Kumbhalgarh – Why Not Take A Break Amid Historical Corridors? 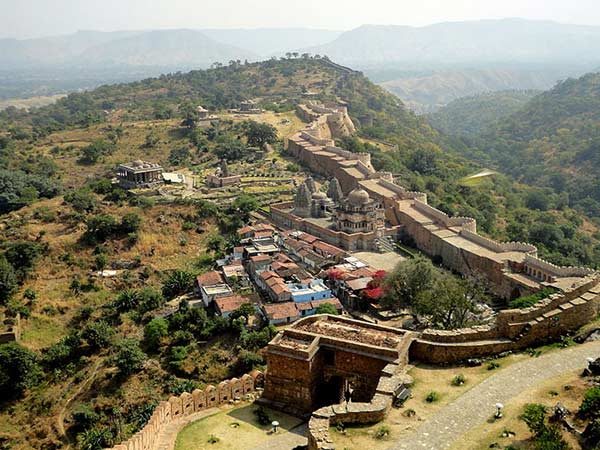 Rajasthan is full of wonders at every step in the form of royal palaces, huge forts, beautiful lakes and peaceful ambience. So, why not explore the beauty of Rajasthan this season? Kumbhalgarh is a fortress which stretches up to a distance of 38 km and is a perfect example of ancient beauty. How about taking a break from your busy life in Ahmedabad amid the historical corridors of Kumbhalgarh?

If you are one amongst those who love crossing boundaries of time, then Kumbhalgarh should be your next weekend getaway. Be on a route from Ahmedabad to Kumbhalgarh and surprise yourself with its unforgettable beauty.

The region in and around Kumbhalgarh experiences a hot arid climate and hence, it is wise to visit Kumbhalgarh during the winter season from October until the end of March. During this period the climatic conditions are optimum and favourable letting you explore the beauty of the fort comfortably.

How To Reach Kumbhalgarh From Ahmedabad

By Air: You can take a flight to Udaipur airport from Ahmedabad and then from there, you can hire a cab to Kumbhalgarh, which is at a distance of 66 km from Udaipur.

By Rail: There are no direct trains available between Kumbhalgarh and Ahmedabad. However, you can catch a train to Rani railway station which is at an approximate distance of 40 km from Kumbhalgarh.

However, route 1 is preferable as it is well maintained and takes 30 minutes lesser to reach your destination. While on your way to Kumbhalgarh, you can take a break at Mehsana which is another historical town hidden with its commendable beauty in the state of Gujarat.

How about adding one more historical place to your itinerary to Kumbhalgarh? If you love visiting places which reflect the past of the state or the nation, then Mehsana should be your en route destination while moving to Kumbhalgarh.

Settled since the times of the Chavda dynasty, Mehsana is an important part of Gujarat's history as it showcases the yesteryears of Chavdas and Gaekwads through its still standing palaces and historical monuments. Once you have reached Mehsana, you can visit Rajamahal, built in 1904, and Bother Kotha Ni Vav which is a 400-year old stepwell.

Eventually, after travelling a distance of about 350 km and savouring its en route destinations, you will reach your destination. Kumbhalgarh is a fortress located in the Aravalli Hills in the Rajsamand district of Rajasthan. The history of this impeccable and astonishing fort dates back to the period of the 15th century during the Mewar kingdom.

Kumbhalgarh is also believed to be the birthplace of Maharana Pratap, one of the greatest kings and warriors of India. Considering its historical significance and architectural beauty, it has also been declared as a UNESCO World Heritage Site.

A Little Bit Of History About Kumbhalgarh

Even though the earliest traces of the region in and around the fort are still unknown, it is believed that the original fort was built during the 6th century. Until its invasion by Alauddin Khilji, this beautiful and strong fort remained impregnable.

The current building of Kumbhalgarh was built by Rana Kumbha and is one of the largest forts in India and second largest in the state of Rajasthan. How about getting yourself within the boundaries of this wondrous beauty?

Architecture And Its Wondrous Beauty

With its wall stretching up to 38 km of distance, it is one of the largest wall complexes in the world. Undoubtedly, the beauty of Kumbhalgarh lies in its structural formation and historical significance. Situated atop a hill at an elevation of around 3600 ft, Kumbhalgarh has seven fortified gateways with its walls 15 ft thick and around 360 temples within its compound. This gigantic beauty lying atop a hill is certainly a sheer work of architecture.

Apart from temples and several historical buildings, it is also popular amongst tourists for its notable Lakhola Tank which is 5 km in length. As per the legends, it is also believed that Rana Kumbha used to burn hundreds of kilograms of cotton and ghee on a regular basis to provide light to the farmers who used to work during the night in the surrounding valley. 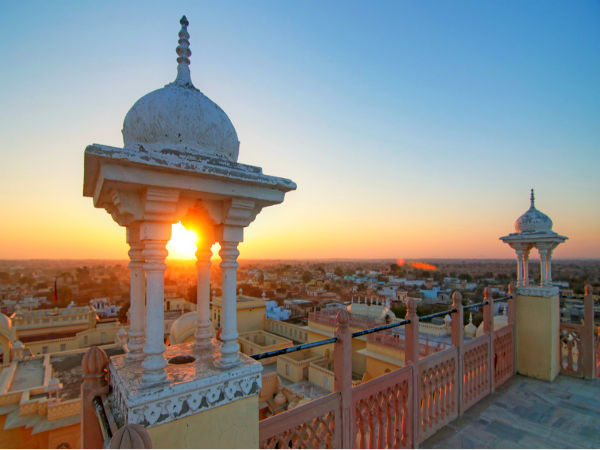 The Timeless Havelis Of Rajasthan

Comments
Read more about: india travel tourism ahmedabad kumbhalgarh forts temples
Other articles published on Mar 5, 2018
We use cookies to ensure that we give you the best experience on our website. This includes cookies from third party social media websites and ad networks. Such third party cookies may track your use on Nativeplanet sites for better rendering. Our partners use cookies to ensure we show you advertising that is relevant to you. If you continue without changing your settings, we'll assume that you are happy to receive all cookies on Nativeplanet website. However, you can change your cookie settings at any time. Learn more
Change Settings Continue