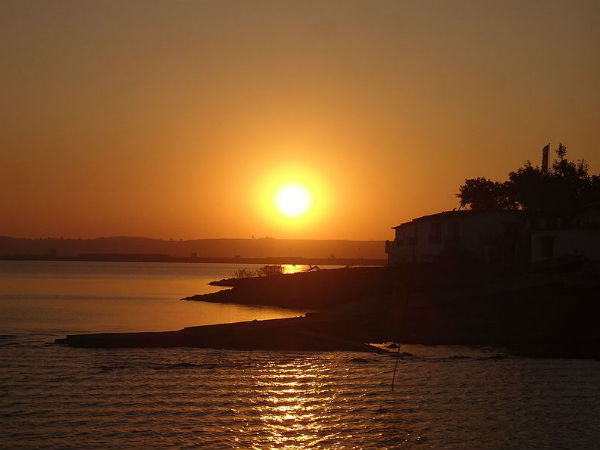 The fact that most of the civilisations in the world prospered on the banks of different rivers certainly can not be denied. Hence, rivers have always been considered as the great sources of prosperity and success in our lives. Narmada is one amongst these sources in India which have been providing water facilities to many cities and towns for centuries.

Therefore, it is considered as one of the great rivers in the country. However, it is also boasts of its religious and historical significance. As per Hindu mythology, Narmada is one of the holiest rivers in the country and is believed to wash away the sins of any individual who takes a dip in its pristine waters. So, let's learn more about this beautiful river and through which all cities it meanders. Following are the famous places on the Narmada river bank.

Amarkantak is located in the Anuppur district of Madhya Pradesh and is a famous pilgrimage site in the state and its surroundings. It is the place where river Narmada originates and beautifies the plains, valleys and hills of Madhya Pradesh as it meanders through forests and rocky terrains.

Famous for its ancient temples and other historical sites Amarkantak is one of the few hill stations in the state of Madhya Pradesh and is known for its pleasant atmosphere nurturing amidst lush vegetation. The area is rich in medicinal plants and rich forests as well. The major places here include Narmada Kund and its ancient temples, which are visited by thousands of pilgrims every year. If you are looking to find peace and a composed life, then Amarkantak is the best place to visit and explore.

Jabalpur is one of the significant cities in Madhya Pradesh and is immensely popular for its marble rock sites, Dhuandhar Falls and beautiful river banks which are adorned by the waters of river Narmada. Even though the city is a site of historical monuments as well, it is primarily known for its relaxing aura which is created with the help of Narmada and its religious places.

Therefore, it is also considered a sacred place amongst Hindus. Apart from lazing by its river bank and enjoying the scenic beauty of surroundings hills, you can also visit certain other places in Jabalpur which include Hanumantal Bada Jain Mandir, Madan Mahal, Dumna Nature Reserve Park and Rani Durgawati Museum.

Hoshangabad is located in Madhya Pradesh and is a popular tourist site which witnesses thousands of travellers coming from all over the state to contemplate the scenic ghats and savour the positive aura of river Narmada which flows on the southern side.

If you are looking for a place where you can chill and get in touch with quintessential peace, then it is advisable to take a tour of Hoshangabad. Named after Hoshang Shah, the first rule of Malwa kingdom, Hoshangabad is also a town of historical importance on account of the presence of several historical monuments built within its boundaries.

The major place here where you can get lost in the ecstasy of retirement is Sethani Ghat, a river bank on Narmada which provides its tourists with the panoramic views of the dazzling Narmada. Apart from the banks, you can also visit Hoshang Shah Fort and the rock painting of Adamgarh Hills.

Omkareshwar is another town located on the banks of river Narmada in the Khandwa district of Madhya Pradesh. It is home to one of the 12 Jyotirlingas in India, where Lord Shiva appeared in the form of a light. Therefore, it is one of the highly revered pilgrimage destinations in India and is frequented by millions of Hindu devotees and tourists every year. You must visit this beautiful town if you are looking forward to witnessing the beauty of river Narmada.

Another pilgrimage destination on the banks of river Narmada, Maheshwar is located in the Khargone district of Madhya Pradesh and is known for its ancient temples and historical sites present in the form of palaces and royal buildings. You must catch a glimpse of the river ghats at Maheshwar if you desire to watch the best of the sunrise and sunset spectacles. The river banks of Narmada at Maheshwar are also perfect sites to meditate at and to get lost in the void of time.

Bharuch is located in the state of Gujarat and is believed to have been founded during the Vedic Period thousands of year ago. Therefore, you can spot a lot of historical monuments and religious sites within its boundaries. Bharuch is also popular amongst tourists for its industries and mills. The major places apart from the river banks of Narmada include Bhrigu Rishi Temple and Nav Nathas.

Comments
Read more about: india travel tourism summer hoshangabad jabalpur temples
Other articles published on Jun 12, 2018
We use cookies to ensure that we give you the best experience on our website. This includes cookies from third party social media websites and ad networks. Such third party cookies may track your use on Nativeplanet sites for better rendering. Our partners use cookies to ensure we show you advertising that is relevant to you. If you continue without changing your settings, we'll assume that you are happy to receive all cookies on Nativeplanet website. However, you can change your cookie settings at any time. Learn more
Change Settings Continue