A Virtual Tour to Dashashwamedh Ghat in Varanasi! 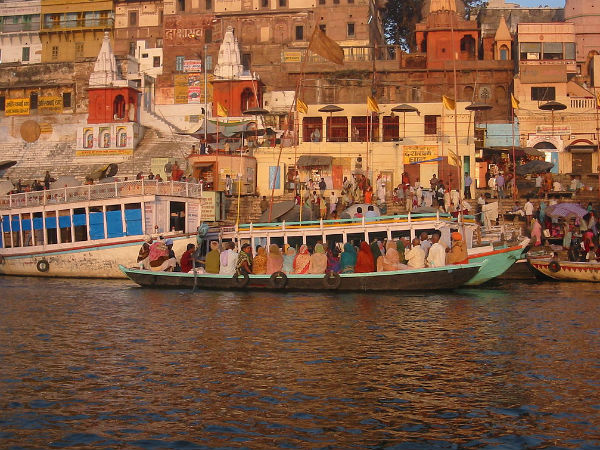 aranasi is popular for its temples and ghats. Being one of the most sacred cities of India, travellers and tourists visit this place, to experience and be a part of the enchanting environs at Varanasi.

Click to know top things to do in Varanasi

There are two interesting legends related to the existence of Dashashwamedh Ghat in Varanasi. According to one belief, it is said that Lord Brahma, the creator of the universe, created the Ghat to welcome Lord Shiva. Another popular belief is that while performing a yajna here, Lord Brahma sacrificed ten horses, from which the Ghat gets the name.

The most significant aspect of Dashashwamedh Ghat is the Agni Pooja (worship of fire) done here every evening. Agni Pooja is done as an offering to Lord Shiva, river Ganga, Surya (the Sun God), Agni (the Fire God) and the universe.

Every Tuesday, a religious Ganga aarti is performed here. The aarti is done by a group of priests dressed in saffron, holding a puja thali and a brass aarti lamp. Devotees and tourists gather here alike to watch the spectacular event. A grand Ganga aarti is held on Kartik Purnima every year, for which tourists flock in.

The city of Varanasi on the river Ganges PC : BeachHome

How to Reach Dashashwamedh Ghat

Once you reach Varanasi railway station or bus stand, you can hire an auto rickshaw or a taxi to Godoulia, depending on your budget. From Godaulia, the ghat is just a five minutes' walk away. To know how to reach Varanasi, click here.

Other Ghats in Varanasi

There are many other ghats in Varanasi, out of which the significant ones include Manikarnika Ghat, Maan-Mandir Ghat, Lalita Ghat, Scindia Ghat and Bachraj Ghat among others. Each ghat is believed to have its mythological relevance.

Travel to this ancient city, and have a peaceful time there as you soak in the divinity of the place!