9 Must Visit Countries In The Month Of September 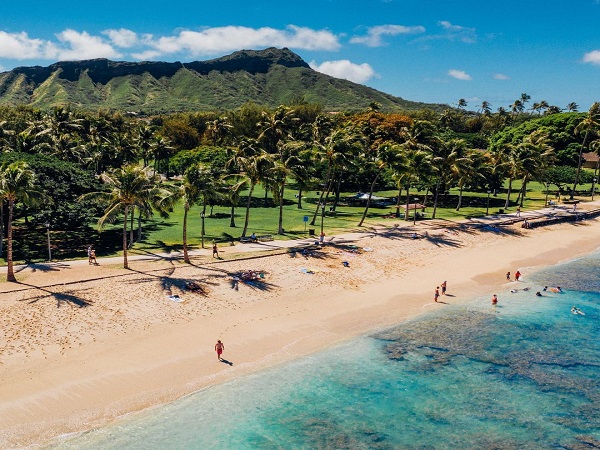 With the monsoon almost ending, taking away the scorching heat of the sun, the slight chills of the winter setting in and picturesque environment with lush green trees all around, September is indeed, one of the most favourite of months across the world. It is not only a pleasant month to experience existence, but also to travel around.

In fact, September is considered the best month to travel, both financially and environment-wise, in certain countries. Given below are the top 9 countries from across the world that you must visit in the month of September to experience them to their fullest:

The only state in the United States of America which is formed of islands, Hawaii is a dream destination for many and for all the right reasons. Besides, if you are planning to go for an international destination this month, then Hawaii could be a perfect place for you with pleasant weather, seas and beaches all around and a limited number of tourists, given the post-pandemic management.

To make it even more better for you, here is a suggestion: Try travelling by the beginning of September if you want to make it a budget friendly trip. The early September is one of the peak seasons for travellers, however, if you go a little late, you might find the trip to be one of the cheapest in Hawaii.

'Scottish Fetish' should definitely be a term, since Scotland is no less than a fetish for us travellers, especially in this season. One of the best seasons to travel, September proves to be peak time for tourists in Scotland. From Edinburgh to Highlands, and Glasgow to Aberdeen, every city in Scotland can easily be travelled to in this month.

Not only the ease of travel and pleasant weather, Edinburgh also hosts a ‘Festival Fringe' which is one of the most looked up to festivals in the United Kingdom. You can visit all the historical sites and monuments, the museums and art galleries, or just walk through the streets of Glasgow to experience the commercial city life of Scotland.

While Scotland seems to be the most beautiful country in the United Kingdom, England is no less. It offers profound landscapes and warm weather in the month of September, which is perfect for a romantic trip abroad.

Besides, cities like London and its outskirts prove to be a pleasant spot for people travelling to England. Not just London though, other cities like New Castle, Liverpool, Manchester and Leicester City also provide you with lots and lots of attractions.

Meanwhile, if you are a cricket fan and planning to visit England this month, then you are in luck, because India's England tour for the cricket ODI Test series is currently taking place in the country, and no cricket fan would ever miss this opportunity to be at the stadium and watch a match between the world's two best cricket teams!

When you hear Austria, you hear Music and Swarovski. However, Austria does not only provide you with musical nostalgia it has held on to for years, but the astounding architecture, the historical buildings, opera shows and the heritage.

August and September have been chosen as two of the most favourite months for tourists in the country owing to the warm and sunny weather, which makes it easier to travel around and explore more. August-September is full of festivals in the country, which leaves tourists with a bag full of entertainment and exciting trips across various cities such as Vienna, Salzburg, Hallstatt and Innsbruck.

If someone asks you for only one international location that they should travel during the month of September, then it should and must be Portugal! With the summer coming to its end and everyone at the beach under the clear skies, Portugal provides you with an ultimate vacation spot.

While the mainland in Portugal may sometimes get hot, the weather in general is pleasant and ideal for all the beachy outings. You can travel through the cities like Lisbon, Porto, Algarve and many others to get a gist of the Portuguese culture without having to think a lot about the budget as the peak season is near the corner, but not yet started.

When we think of Europe, how can we ever leave Paris out of it? Hence, a trip to not only Paris but other cities as well in France is a good choice in September. With less local crowds due to their summer season, it is a great opportunity for the travellers to roam around and explore the country.

Besides, if you know what to plan and where to go, France can prove to be one of the best experiences you have ever had in this month. You can go to the beaches, do some adventure or simply stroll within the cities and learn more about the history and culture of the country.

Moving on to Africa, September is considered the best month to visit the exotic Island of Seychelles, located on the Indian ocean. It is an uncommon place for the tourists, and hence, is usually less crowded and budget friendly.

There is a lot to explore in this island, from various beaches, nature reserves and exotic animals to the tiny little town of Victoria, local markets and adventure sports. This island country in East Africa will not let you down when it comes to fun, enjoyment and a memorable vacation!

Talking of islands, no one can miss out on Maldives. While people travel to this island country all year round, especially after it has become the celebrity vacation destination post COVID-19, September is also considered one of the peak seasons for romantic travels.

The north Maldives is less rainy and more windy, however comfortably sunny, making it a perfect weather to dive into swimming and other water sports. Besides, due to less rain and more sun, the sky is usually clear at night, which makes the island an ideal destination for both a romantic as well as a family vacation.

Last but not least, one of the world's happiest countries, Bhutan is the location you need to take a break from all the hassle and chaos of your life. While August is commonly misinterpreted as the rainy season in the country, both August and September are most pleasant months in the country.

With very less rainfall and usually a warm and sunny climate, Bhutan offers the lush green scenic views and environment to the tourists. There are a lot of places to explore for sightseeing as well. Besides, given the belief of a rainy season in the country, it becomes less crowded and the off-season makes it cheaper for tourists to have a time of their lives amidst nature!

Comments
Read more about: travel
Other articles published on Sep 6, 2021