Best Cities In India Every Traveller Must Explore In 2018 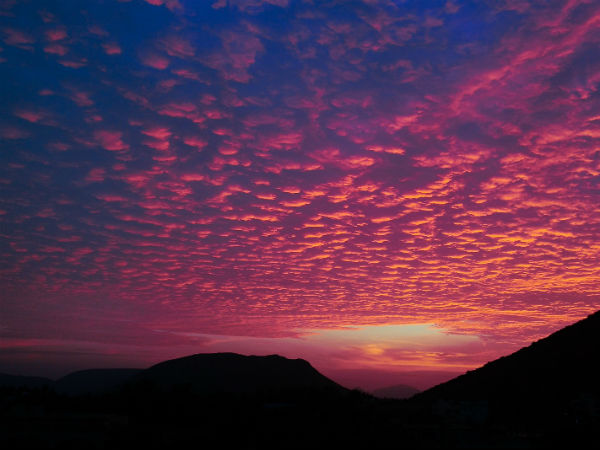 India is home to some of the oldest civilisations in the world and is said to have been in existence for thousands of years before the Common Era. Therefore, it is no wonder India has gained popularity as one of the fastest-developing nations in the world. Today, one can literally see villages converting into towns, towns into cities and cities into megacities. So, how about exploring its beautiful cities this season? Some of them are popular for their advanced lifestyle and infrastructure, numerous are known for their historical significance and a few of them are famous for their natural beauty and peaceful environment.

These cities are immensely popular and are visited by tourists from all over the world in millions every year. So, let's move ahead and learn in detail about these 7 best cities in India every traveller must explore in 2018.

Located in the city of Maharashtra, Pune is one of the most beautiful and cleanest cities in the country. Do you know that as per the Ease of Living Index 2018, Pune has been declared as the most liveable city in India? Therefore, it is no wonder it falls in the category of must-visit cities. Regarding tourism, Pune has a lot which can be explored by travellers.

From ancient monuments to pilgrimage sites and hills to lakes, it harbours everything within its boundaries to satisfy the need of tourists. The most prominent places here include Patleshwar, Shaniwar Wada, Aga Khan Palace and Malshej Ghat.

Nicknamed The City Beautiful, Chandigarh is one of the first planned cities in the country and is immensely popular for its cleanliness and incredible infrastructure. It is also home to a UNESCO World Heritage Site, i.e., Capitol Complex, which is a government building and was designed by Le Corbusier, one of the pioneers of modern architecture. As it also boasts of its prehistoric past, it houses several age-old sites. Other attractions here include lakes, gardens, sanctuaries and museums.

The city of lakes, Udaipur is a beauty like no other. If there is any place in India where you can gain an everlasting experience of living a royal life, then it is certainly Udaipur. With grand palaces, majestic forts, age-old temples, luxurious mansions and hotels and enthralling lakes, Udaipur stands as one of the most beautiful cities in the country.

Did you know that it is one of the foreigners' favourite destinations in India? Every year, it is frequented by tourists in millions. After all, who wouldn't love to paddle through the relaxing waters of lakes as they savour enchanting views of palaces and mansions?

Undoubtedly, Jaipur is the most visited tourist place in Rajasthan. It forms the Golden Tourism Triangle with Agra and Delhi. On account of the presence of hundreds of historical sites within its boundaries, it has become immensely popular amongst history lovers and travellers.

Therefore, it is visited by tourists from all over the world. The major places here include Hawa Mahal, Jal Mahal, Birla Mandir, Albert Hall Museum, Amer Fort and Jantar Mantar, which is a UNESCO World Heritage Site.

Even though Agra is one of the overexplored cities in India, it still makes for a beautiful destination on account of the presence of the Taj Mahal. Who wouldn't want to explore the grandeur of this wondrous beauty?

As it has a history dating back to the period of the epic Mahabharata, it is home to several ancient places. Agra is one of the few places where one can study the history of the Mughal Era. Apart from the Taj Mahal, the major places here include Agra Fort, Jama Masjid and Fatehpur Sikri.

The only reason behind Mangalore replacing Bangalore in this list of must-visit cities lies in the unexplored beauties of Mangalore. Over a period of time, Bangalore has become one of the overrated cities, and hence the time has where come travellers prefer visiting Mangalore. From beaches to historical monuments and lakes to temples, there is a lot to witness here.

Another beachside city, Visakhapatnam is one of the fastest-emerging industrial as well as tourism centres in the country. Therefore, it is also called the financial capital of Andhra Pradesh. Do you know it houses the oldest shipyard in India? The significant places here include Yarada Beach, Simhachalam Temple and Borra Caves.

Comments
Read more about: india travel tourism jaipur udaipur pune mangalore visakhapatnam chandigarh agra
Other articles published on Sep 8, 2018
We use cookies to ensure that we give you the best experience on our website. This includes cookies from third party social media websites and ad networks. Such third party cookies may track your use on Nativeplanet sites for better rendering. Our partners use cookies to ensure we show you advertising that is relevant to you. If you continue without changing your settings, we'll assume that you are happy to receive all cookies on Nativeplanet website. However, you can change your cookie settings at any time. Learn more
Change Settings Continue