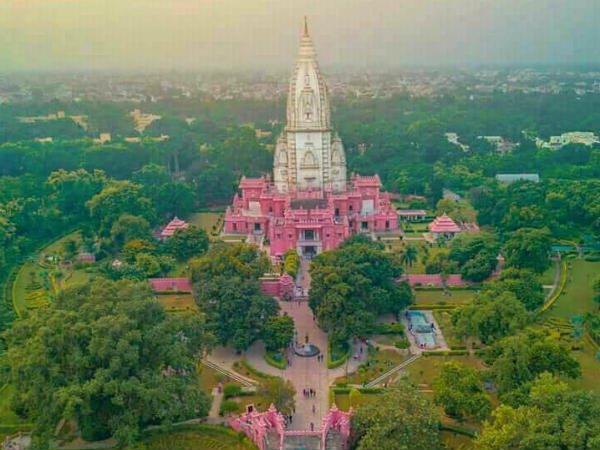 We all know Varanasi is one of the oldest-living cities in India and has been in existence for thousands of years. On account of the presence of hundreds of temples and pilgrimage sites, it is also sometimes referred to as the spiritual capital of India. On an average, Varanasi is frequented by tourists and Hindu devotees in thousands every day. Well, that is certainly a big number. After all, it is related to several Hindu gods and mythological characters. Today, it has become a popular destination for travellers across the globe and is visited by people from each and every country. Kashi Vishwanath Temple, which is one of the oldest Hindu temples in the world, is a prominent attraction here.

But do you know there is another Vishwanath Temple in Varanasi which is also one of the prime spots in the city? If not, then you must read this article. Following are the major surprising facts about New Vishwanath Mandir which will assuredly compel you to plan a trip to Varanasi now.

Did you ever wonder which temple has the tallest tower in the world? If not, then let us tell you that New Vishwanath Mandir in Varanasi has the tallest temple tower on the planet. The total height of the temple is more than 250 feet, and hence it is also considered as an architectural masterpiece. So, don't you think this marvel deserves to explored by every traveller? Located inside the main campus of Benaras Hindu University, the temple is easily accessible by road.

If you get stunned by the fact that the construction of the Taj Mahal took an approximate time of 20 years, you will certainly be awestruck by how long it took to build New Vishwanath Mandir.

To your surprise, the building of this marvellous temple commenced in the year 1931 and was completed in the year 1966, thereby, taking a long time of 35 years. Isn't it surprising? Certainly, it is. The temple was built by the Birla Construction Group, and hence it is also sometimes known as Birla Temple.

The Replica Of Kashi Vishwanath

Soon after his proposal, the foundation of the temple was laid by the Birla family. Today, New Vishwanath Mandir is one of the most beautiful and popular temples in Varanasi.

A Complex Of Nine Temples

Do you know that these temples are visited by people from all castes, creeds and religions? Well, this is something which makes it a secular place.

One Of The Most Visited Temples

How can a temple with so many surprising facts remain unexplored and unknown? New Vishwanath Mandir is one of the most visited temples in Uttar Pradesh and is frequented by millions of tourists every year from all over the country.

Being a Shiva temple, it is a prominent site amongst Shaivites. During the festivals of Maha Shivratri and Nag Panchami, the temple compound remains flooded with devotees and tourists.