Nativeplanet
»
Travel guide
»5 Places One Must Visit In Mumbai

5 Places One Must Visit In Mumbai 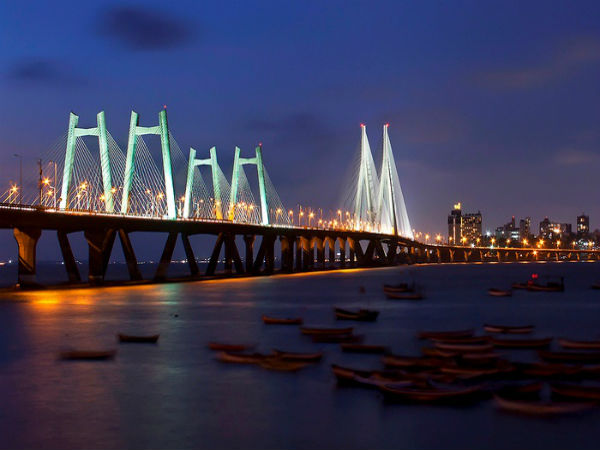 They say Mumbai is the city which never sleeps and showcases a heterogeneous mix of some of the most exhilarating places to visit, which allure you with an admirable vibe. Mumbai is fondly also called the city of dreams and is quite a holiday destination. The place has always been the dream city for all and one should not simply miss a chance of exploring each and every corner of the city.

The city of Mumbai would give you a tryst with its historic legacy while you chill by the Arabian Sea, munching on some delicious street food. The list of places to visit in the city is simply endless; one would find everything from beaches to Bollywood and much more. Have a look at some of the must-visit places when you are in the city of dreams, aamchi Mumbai.

One of the most recognised landmarks which would signify the city is Gateway of India. The structure was constructed in the year 1924 during the British rule to commemorate the arrival of King George V and Queen Mary to the then Bombay.

The monument also marks the area as one of the major ports of India, which symbolises the British grandeur. Located at the waterfront area of Apollo Bunder, at present the structure has transformed itself to be one of the most popular tourist attractions in the city for those who come here from across the globe.

Banganga Tank is a sacred water tank in the city which is also a prominent sightseeing spot. The ancient tank dates back to the 12th century and finds its place in the Walkeshwar Temple complex in Malabar Hill.

The tank was under the guidance of a minister who belonged to the court of the Silhara lineage who ruled Mumbai from the 9th to 13th century.

The water here is shockingly sweet regardless of the ocean being located exceptionally close to area. At present the the tank attracts quite a number of pilgrims who wish to take a dip in the sacred water and offer flowers to the deity here.

Also known as Kondivita Caves, the Mahakali Caves are situated in the western part of the city in Andheri. One would come across 19 rock-cut caves which were carved out starting from the 1st to the 6th century.

The central cave houses figures of Buddha and stupas. Apart from these one would also find a number of Buddha statues cut on the stones here.

This is one place in the Mahalaxmi region of Mumbai, where the entire city's dirty laundry gets hand-washed painstakingly by the dhobis or the laundrymen. The Dhobi Ghat was built in the year 1890 to cater to the large English and Parsi population of the city.

It is also known as the world's biggest open-air laundry, where the washer folk gather all the messy clothes, wash it and return it conveniently pressed for a very minimal charge.

Well known as the largest slum in Asia, Dharavi was established in the year 1882 by the British in order to relocate the poor population into the urban city. However, the area puts an end to all the stereotypes of a slum and is far from being a habitat of the impoverished and underprivileged.

On the brighter side, the area is home to some of the most industrious, creative and inspirational people. From tea and vegetable vendors, bakeries, garment districts, school, Dharavai is home to a community which lead a rich life in poverty.