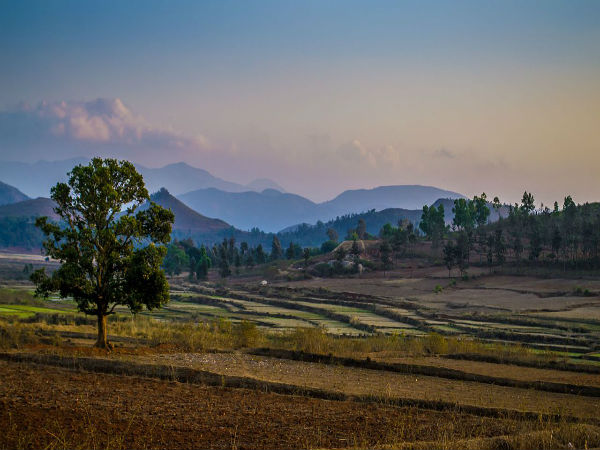 Hill stations are not something new in South India, with the beautiful Western Ghats, Nilgiris, Eastern Ghats and many more forming the region. Due to the presence of these mountain ranges, South India showcases a pantheon of hill stations. There is something about these hilly retreats which would transport us into a happy place.

Most of the hill stations are located at a convenient distance from the cities, which also make them popular weekend getaways. Some of the popular ones are Coorg, Ooty, Wayand, Munnar, Kodaikanal etc. Read on to find out more about the beautiful hill stations of South India.

Located in the Kollam district of Kerala, Thenmala is well known as the first planned ecotourism destination in the country.

The hilly retreat is truly a nature lover's paradise, which is filled with waterfalls, rivers, dams and many more such beautiful spots. One would come across a deer park, a number of adventure sports and some of the most beautiful railway routes.

Located in the serene and green Chikmagalur district of Karnataka, Kudremukh is hill station which is well known for its rich biodiversity. The Kudremukh Peak is the 3rd highest peak in the state of Karnataka after Mullayanagiri and Baba Budangiri.

Kudremukh in translation means horse face; the place gets this name due to the resemblance that the peak has to the face of a horse. The hill station is a very popular trekking route and is home to a number of waterfalls.

Coonoor holds the distinction of being the second largest hill station in Tamil Nadu. The place is abundant with greenery and showcases the best of weather conditions throughout the year.

Located at a close proximity to Ooty, this hill station is away from the crowds and hence, has a very serene and peaceful environment, which further adds on the charm of this hilly retreat.

Located amidst the Eastern Ghats of Andhra Pradesh, Araku Valley is home to several indigenous tribes. The valley encompasses the reserve forests of Anantagiri and Sunkarimetta, which showcase a very rich biodiversity and are mined for bauxite.

The Galikonda hill, which rises to a height of about 5000 ft above sea level, is considered as the highest peak in the region.

One of the most preferred weekend escapes for the folks from the city of Bengaluru, Sakleshpur is one of the 18 biodiversity spots in the world and is home to a wide variety of flora and fauna.

The valleys and meadows of this hilly retreat are considered as one of the best places to go for a hike or simple walk around the place, simply due to its peaceful ambiance and surreal environment, which never fails to disappoint its visitors.