The Historic District Of Bargarh And Its Beautiful Attractions 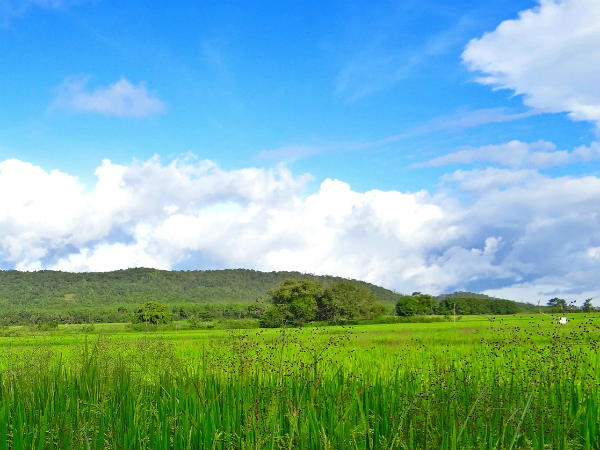 One of the least-explored districts in Odisha, Bargarh is a beautiful place which is generally known as Bhata Handi due to its large contribution to rice cultivation in the state. However, amongst locals and seasonal tourists, it has gained fame as a pilgrimage site on account of the presence of several temples and religious sites. But it is known to very few tourists that Bargarh is also home to numerous natural beauties in the form of hills and waterfalls. Therefore, Bargarh makes for an ideal destination in Odisha for unconventional travellers who always look forward to discovering new places.

This beautiful town also has an interesting history, which dates back to the period of the Chauhan dynasty in the Medieval Period of India. So, what do you think of getting yourself to this historic town with natural beauties and exploring its hidden corners? Read on to know more about Bargarh and its beautiful attractions.

Located on the outskirts of the main town of Bargarh in the foothills of the Gandhamardhan Parvat, Nrusinghnath Temple is one of the most significant temples in the region and is dedicated to Lord Vishnu in the form of Lord Narasimha.

The temple is said to have been established in the early 14th century by a local king, and hence it is of great religious as well historical prominence. As the temple is surrounded by lush green vegetation, it maintains a peaceful divine atmosphere.

You can also visit the nearby Kapildhar Waterfall and take a bath in its soothing waters. There are several other places in the vicinity of Nrusinghnath Temple. The list includes Harishankar Temple, Sita Kunda and Panchupandav.

Another temple which is considered as an important religious site and is visited by thousands of devotees every year, Shyamakali Mandir is famous for celebrating Durga Puja with great enthusiasm. People from all over the district and nearby towns come to witness this grand celebration. The statue of Goddess Kali placed inside the temple is made up of 8 metals.

If there is any place in Bargarh where you can watch yagnas and other religious activities taking place in a grand manner, then it is certainly Shyamakali Mandir. You can also visit other nearby temples, such as Hanuman Temple and Mahadev Temple, and pay your respects to the gods.

Gandhamardhan hills is one of the few places in India which are highly rich in medicinal plants. As per ancient Hindu texts and local legends, it is believed that Gandhamardhan hills is a part of Sanjeevi Hill and was dropped by Lord Hanuman while he on was on his way to save Lord Lakshman.

In the early Medieval Period, it was home to several Buddhist monks and spiritual gurus; hence, it is also considered as a religious site. As the region is blessed with lush vegetation and natural surroundings, it makes for an ideal picnic spot and trekking destination in Bargarh. You can also spot several rare and endangered species of animals here.

Ashta Shambhu is a complex of 8 Shiva temples which are spread across the district and were built several centuries ago when the region was under the reign of the Chauhan dynasty. These temples are frequented by hundreds of Hindu devotees every year and are considered as significant sites amongst Shaivites.

If you are a history lover, then you must visit these temples as they are also known for their historical significance. Bimaleswar Temple, Kedarnath Temple, Balunkeswar Temple and Baidyanath Temple are some of these 8 Shiva temples.

If you are a photographer and a wildlife lover, then you should not miss out on the beautiful expanse of Debrigarh Wildlife Sanctuary. With numerous rare species of animals, birds, butterflies, plants and fishes, it is one of the richest regions in the state.

The major species of animal found here include Indian elephant, chital, sambar and gaur. Wouldn't you love to capture the captivating beauty of such beautiful species? Debrigarh Wildlife Sanctuary is an ideal escape into an unpolluted world of tranquillity. You can also visit the nearby Hirakud Reservoir, one of the largest man-made reservoirs in the country.