Nativeplanet
»
Travel guide
»Shani jayanthi 2021: 4 Shrines Dedicated To Shani In India That One Must Visit

Shani jayanthi 2021: 4 Shrines Dedicated To Shani In India That One Must Visit 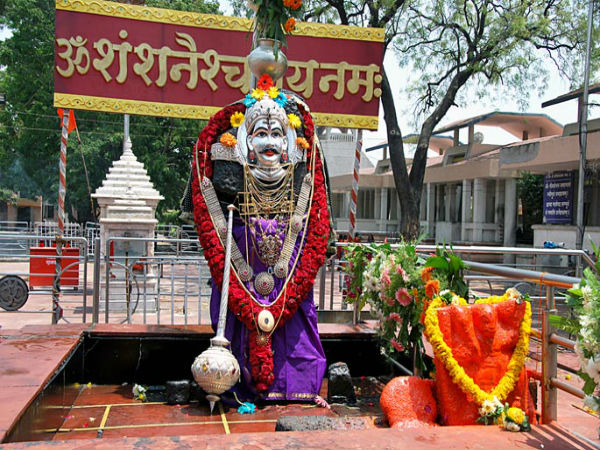 There is a belief in Hinduism that there are about 33 million deities in the religion. Starting from trees, animals, rain, etc., almost every creation of nature is worshipped by the followers of Hinduism and each of these factors is also associated with certain gods and goddess.

The nine planets of the solar system are also worshipped as nine deities and each of them has certain characteristics attributed to them. One amongst them is Shani or Saturn, who is the most feared amongst all the countless deities in the religion.

This can be due to the portrayal of the deity as someone who creates unpleasant occurrences in one's life. However, he is gracious to those who worship him with utmost devotion. Have a look at some of the shrines dedicated to Shaneshwara across the country.

One of the most popular temples dedicated to the deity is the one at Shingnapur in Maharashtra, which lies at a very close proximity to yet another popular shrine of Shirdi Sai Baba. The idol of the deity at Shingnapur is a self-emerged one and is seen as a simple stone block.

The idol was discovered by the local shepherds; they accidentally hit the stone block with an iron rod and found that it was bleeding. Later on the shepherds had a dream indicating that the stone had the presence of Lord Shani and ever since, it has been worshipped with utmost devotion.

An interesting factor is that none of the houses in this village have locks on their doors and no case of thefts has been found here. In case someone tries to take away something which is not theirs, they would face the wrath of the deity.

One would come across quite a number of temples which have separate shrines dedicated to the nine planets or the navagrahas in various parts of the country. One such cluster of temples can be found in the town of Thirunallar in Tamil Nadu.

The shrine of Shani is located within premises of the Dharbaranyeswarar Temple and the main deity is Lord Shiva. However, Shani is also given equal importance and according to tradition, one must worship Shani before entering the inner sanctum of Lord Shiva.

Considered as one of the oldest shrines of Shani, it is believed that the idol of the deity is made from a meteoroid which fell a long time ago.

The history of this shrine takes one back to the time of Ramayana; it is believed that Hanuman placed the idol of Shani atop a hill in such a way that he could lay his gaze on Lanka and reduce it to ashes. People come to this shrine in large numbers from across the country to ward off the bad effects of the deity.

The shrine is home to the world's tallest idol of Shani, apart from the self-manifested idol of the deity. The temple showcases some intricate architecture and carvings apart from shrines dedicated to various other gods and goddesses.

Due to the presence of the 21 ft tall idol of Shani, the shrine attracts a large number of devotees who come here to offer their prayers.