10 Fascinating Places To Visit Before They Become Extinct! 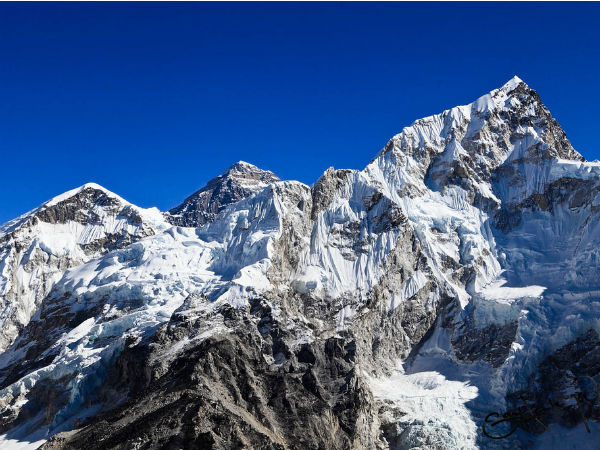 Forts, waterfalls, landscapes, mountains, beaches, you name it, India has it all in abundance. Every state and every corner of the country has a tale. Revealing these tales can be the most exciting part of travelling. However due to exceeding lack of maintenance or not understanding the importance of these resources and relics, many beautiful and popular places in India are deteriorating.

Some of these places are expected to completely go off the charts in a few years! But luckily, if you have landed on this article, you do not have to worry. Here are the places you need to go visit ASAP if you wish to witness their beauty before they disappear.

Chiktan Castle is a beautiful fort that looks almost like an adaptation of a Disney movie! This castle, built in the 16th century, served as a symbol of strength and unity that prepared the existing rulers for wars. The fort's location being a hilltop, makes it all the more enchanting.

Since it has been abandoned (the 19th century), the Chiktan Castle has been severely degenerated due to low maintenance and weather conditions. However you can still visit the castle and its rustic appearance.

Rakhigarhi has attained attention mainly since it is one of the five largest towns of the Harappan Civilization. The site is spread with 5 mounds which are interconnected, of which 2 used to be heavily populated.

Exacavated by the Archaeologicial Survey of India, the town reveals a sophisticated drainage system and houses made of burnt bricks. Artifacts like terracotta, animal figures, copper objects, seals, etc. were found in the site.

But due to lack of maintenance, looting and overall negligence, it is one of the endangered sites in India.

Majuli, a picturesque river island which has been identified as the world's biggest river island by the Guinness Book of World Records, is located in Assam. The island is well known for its serene abundance of natural beauty and is nestled in the river Brahmaputra.

But it has been speculated that the river island might submerge in 10-20 years since the erosion caused by the river. Floods and earthquakes in the past have heavily impacted the island and although many measures have been taken to prevent to submersion, the island may not exist in the future.

Built in the 17th century, Dechen Namgyal Monastery belongs to the Drugpa Kagyu of Tibetan Buddhism. Also known as gompa, the monastery is perched at an elevation of 14,000 ft. It used to be an old trade route at Ladakh due to its vantage point, which is in fact reflected in its architecture as well.

Now the monastery is degenerated due to lack of financial support and not understanding the importance of preservation. Nevertheless, the gonpa is worth a visit when at Jammu and Kashmir.

Gir is the only home to Asiatic Lions, therefore, was declared as a National Park in 1975. Known mostly for the Asiatic Lion, the park is home to almost 40 other species of mammals and an abundance of flora and fauna.

But the reducing number of these majestic lions has made the park get listed as endangered under the IUCN. Although the numbers aren't as big as they used to be, the park is seeing a steady growth due to the comfortable deciduous forest. In any case, you don not want to miss out on witnessing these regal animals.

The Balpakram Forest, which is a canyon as well as a gorge, is a beautiful scenic forest that is covered with plateaus and thickets of green. The forest is inhabited by a local tribe named Garos, who believe that the souls of the departed rest in this forest.

Due to extensive coal mining, building and cultivation on the hills, the forest is quickly vanishing. Even the wildlife of the forest, which is in fact declared as a national park, is disappearing due to this excessive human intervention.

Lakshadweep islands are known for having beautiful coral reefs that can be viewed usually through adventure activities like scuba diving. These awe-striking corals invites various species of birds, which come looking for food.

However a recent study made on the reefs show that it might quickly disappear due to coral mining, blast fishing and increasing water levels caused by global warming.

This mangrove wetland situated in the magnificent state of Odisha, is an abode of many endangered species like white crocodiles, Indian pythons, black ibis, etc. In fact, it is the second biggest mangrove ecosystem in India, which was declared as a national park in 1988.

Because of increasing human intervention and encroachment, a lot of the region's land and wood has diminishing. The guards are accused of letting people in and allowing them to conduct illegal activities with a sum of bribe.

Kothi in Qila Mahmudabad is located in Uttar Pradesh. The monument dates back to the 17th century and is known for being a classic example of the Awadhi architecture. But in 1857, the British completely destroyed the site. It was later rebuilt using the original base.

But spread over an area of over 67,000 ft, maintenance of the whole site gets difficult. Due to this, the regal fort is facing deterioration.

Increasing effects of global warming are causing serious problems like melting of these glaciers. In fact, a study made on the glaciers suggest that they have shrunk by 13% in the last 50 years.