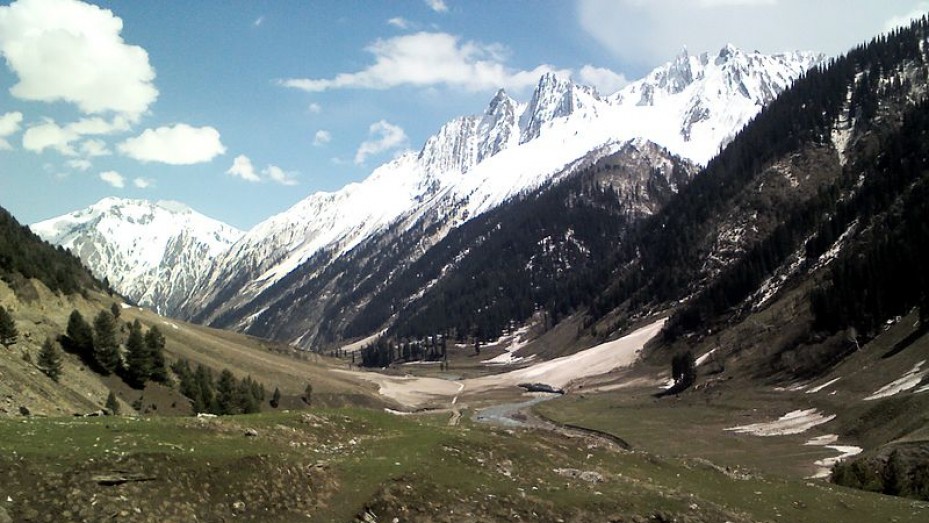 Sonamarg, a popular hill town situated in the state of Jammu & Kashmir, rests at an altitude of 2740 m above sea level. Surrounded by snow-capped mountains, the city of Sonamarg lies before the Zoji La Pass. The literal meaning of the word Sonamarg is meadow of gold. The place received its name because of the fact that during the spring season, it is enveloped with beautiful flowers that look golden.

The high mountain peaks also appear golden when the sunrays fall on them. Sonamarg is a perfect destination for travellers who have an interest in adventurous activities, such as trekking and hiking. All the important trek routes start from Sonamarg, making it a popular place for Trekking. The place is known for its natural beauty, which includes lakes, passes and mountains. Sonamarg also acts as the base camp for the pilgrims heading towards Amarnath.

Tourist Places In And Around Sonamarg

Krishnasar Lake is another popular lake and attraction of the place. It lies at an elevation of 3801 m above sea level and can be reached via Nichnai Pass and tourists can enjoy trout fishing in this region. Tourists can trek to Satsar Lake from Sonamarg, which is located 3600 m above sea level.

The tall trees and alpine flowers further add to the beauty of this lake. Apart from these lakes, Thajiwas Glacier is another noted tourist spot, resting at the foot of the Sonamarg Glacier. This range is covered with dense forests comprising fir birch and pine trees, which makes it an ideal camping ground. The glacier remains snow covered all round the year. Another famous spot in Sonamarg is Nilagrad, which is a beautiful mountain river flowing through a valley. The river further merges with the Indus river at the Baltic Colony.

The water of this river is red in colour and has medicinal and healing properties. In addition to this, tourists can also see Satsaran Pass, commonly known as Satsaran Gali Pass, which is situated at a height of 3680 m. A famous spot serving as a trekking base, Satsaran Pass can be visited only between the months of June and October. Zoji-La Pass, Nichinai Pass, Krishnasar Pass, Baltal and Vishansar Lake are some of the other tourist spots situated in Sonamarg.

The presence of lakes, such as Gadsar, Krishnasar, Satsar and Gangabal, enhance the scenic beauty of the place, which are also popular tourist attraction. Gadsar Lake is located around 15 km from Sonamarg and is surrounded by beautiful snow-covered mountains and alpine flowers. During winters, visitors can enjoy the view of frozen Satsar Lake and Baltan Lake, which are located in the vicinity of this lake.

How To Reach Sonamarg

Travellers can reach this place via popular means of transportation. Srinagar Airport, also known as Sheikh ul-Alam International Airport is the nearest airport to Sonamarg. Situated 70 km from Sonamarg, the airport is well connected with major Indian cities including, New Delhi, Mumbai and Chandigarh.

Apart from the state buses, travellers can also opt for the special luxury buses from Srinagar and Jammu. Weather of Sonamarg remains cool and pleasant throughout the year and the temperature of the place can go below zero degree during winter.

Sonamarg is Famous for

How to Reach Sonamarg