Shivanasamudra – Where Cauvery Cleaves Into Two 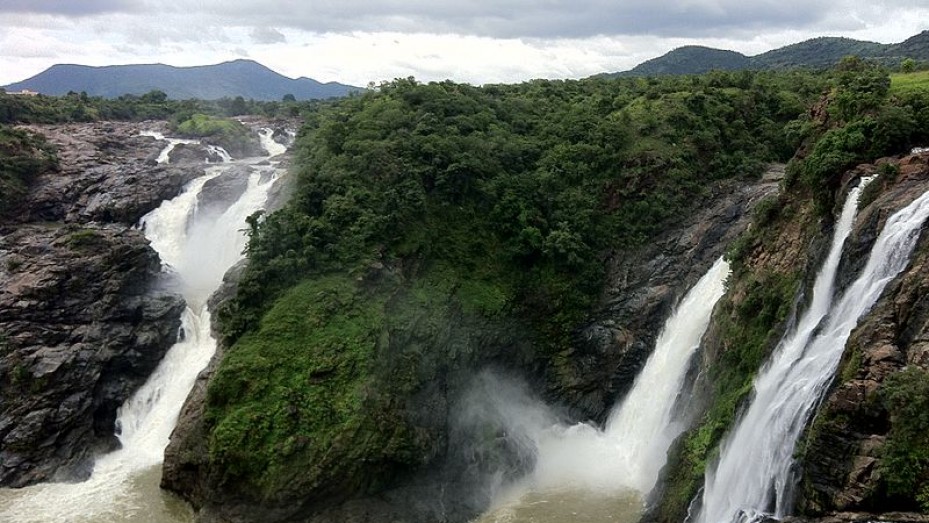 Shivanasamudra, or Shiva Samudram, is a popular picnic spot situated in the Mandya District of Karnataka. Shivanasamudra, which literally stands for ‘Shiva’s Sea’, is a quaint island town situated on the River Cauvery.

Islands, Falls And Fun – Tourist Places In And Around Shivanasamudra

It is a famous tourist destination known for its waterfalls. It is listed among the top 100 waterfalls in the world. The River Cauvery, on its course through the rocky beds and ravines of the Deccan Plateau, gets split into two streams – Gaganachukki and Bharachukki, on reaching Shivanasamudra.

The two streams gather momentum on their downward flow and cascade down a huge cliff from about 98 m high. The Gaganachukki Falls are situated towards the western part of the cliff, whereas the Bharachukki Falls lie towards the eastern part.

Shivanasamudra is an ancient town known for its ancient temples and it is also home to Asia’s first hydro-electric power station, which was constructed to meet the demand of electricity for the gold mines of Kolar.

How To Reach Shivanasamudra

Shivanasamudra is well connected by roads to destinations such as Bangalore.

The most suitable season to visit Shivanasamudra is during the post-monsoon months of July to October.

Shivanasamudra is Famous for

How to Reach Shivanasamudra